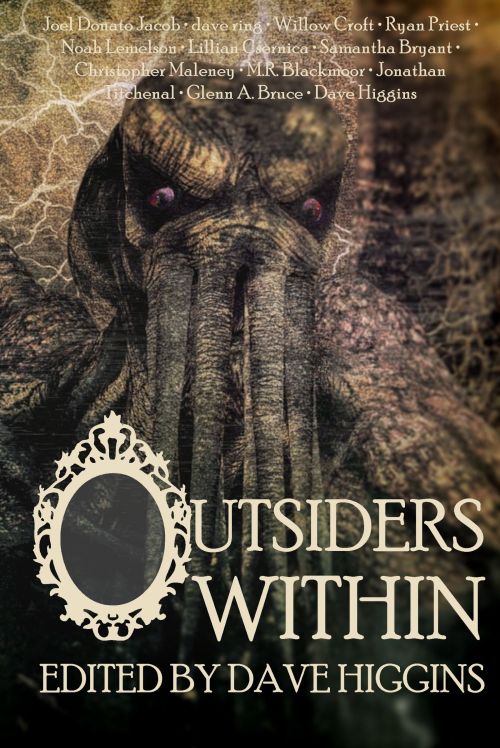 We fear discovery when we should fear what there is to discover.

But what of those who wear their own averageness like a veneer? Neither drawn toward the horror by academic curiosity nor driven their by society, but unmoored by a mundane secret.

A Spanish priest struggling with base desires plots to save a native child from brutal sacrifice.

A veteran hiding the extent of his mental wounds discovers the true war on terror is very different.

A delinquent’s secret passion for stamp collecting draws him into a dark bargain.

Containing:
“The Fracture for Salvador Miguel” by Joel Donato Jacob
“The Call of the Void” by dave ring
“Everything Old Is New Again” by Willow Croft
“Edging Toward Oblivion by Ryan Priest
“Scented Oils Laid upon the Head of a Moribund Child, or the Watchman” by Noah Lemelson
“Dark Water” by Lillian Csernica
“Margaret Lets Her Self Go” by Samantha Bryant
“The Man With No Eyes” by Christopher Maleney
“A Faun at Large” by M.R. Blackmoor
“No Mama, No Papa” by Jonathan Titchenal
“A Well-Drawn Character” by Glenn A. Bruce
“Final Delivery” by Dave Higgins

Pick up your copy today.