Dave Higgins’ first professional publication was an anthology of speculative fiction. With a second anthology due to be released in May 2019 and another two scheduled for later in the same year, he decided to create a separate imprint to distinguish between his own work and his anthologies.

With several flavours of science-fiction, fantasy, western, and slipstream in his catalogue, he wanted something that suggested speculative fiction but didn’t feel like any particular genre. As several publishers were already using variations of curious, he used another of his favourite words: abstruse. 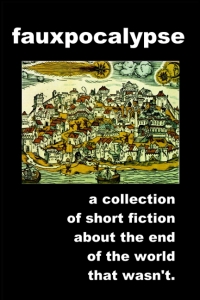 a collection of short fiction about the end of the world that wasn’t.

Life on Earth is predicted to end on 15 July 2015. But the oncoming megatons of rock and ice break up shortly before impact. Now humanity must live in a world most believed would not exist. Across the planet, people are haunted by the future they did not fear, and even those who did not embrace death must face the consequences of others’ decisions.

A collection of twelve stories about rebuilding hope.

Fears of a Clown 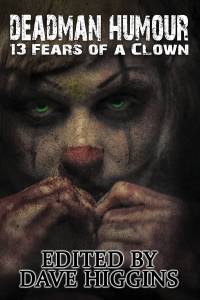 Thirteen Fears of a Clown

In a world of shadows, joyful colours are an act of heroism.

But the tools of a clown work for good as well as ill: only a trickster could tweak a monster’s nose; make-up is war paint for the modern age; the devil cannot tempt a happy soul.

What if, instead of being the demons of urban legend, clowns were the victims or the heroes of the story?
An entertainer discovers his latest booking is filled with clowns but no children.

A group of ageing clowns seek their Priest-King before the divine is lost from the world forever.
Yorrick’s apprentice shares the truth behind the death of Shakespeare’s most famous clown.

And ten more stories of clowns facing the supernatural. 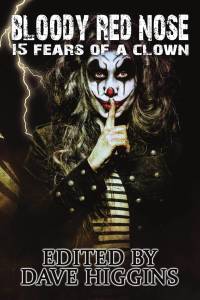 Fifteen Fears of a Clown

In a world filled with menace, dare to paint on a grin.

The world is full of images of scary clowns: packs of grinning figures with knives plaguing towns; pom-pom clad serial killers; loners who like children in the wrong way.

But clowns can be a force for good: it takes a kind heart to put other people’s joy first; keeping children entertained is honest work; what better disguise than one that makes the villains laugh?

What if, rather than being childhood-spoiling serial killers, clowns were the victims or heroes of the story?

When all the children at a party are poisoned, an entertainer’s profession and past both make him a prime suspect.

An anti-corporate prankster discovers his guru might be just as callous as the capitalist world-view he claims to reject.
A clown attempts to redeem the image of his profession by saving a group of teenagers from a serial killer.

We fear discovery when we should fear what there is to discover.
Lovecraft and his successors show a world where human civilisation is only a thin veneer over black seas of ignorance. A world where men exalted for their reason uncover logic-defying truths. A world where the marginalised discover uncaring horror on the fringes of a society that rejects them. A world where the bonds between us unravel.
But what of those who wear their own averageness like a veneer? Neither drawn toward the horror by academic curiosity nor driven their by society, but unmoored by a mundane secret.
A Spanish priest struggling with base desires plots to save a native child from brutal sacrifice.
A veteran hiding the extent of his mental wounds discovers the true war on terror is very different.
A delinquent’s secret passion for stamp collecting draws him into a dark bargain.
And nine more tales of overtly normal people coming adrift in an incomprehensible universe.

Nine Stories of the West

The Frontier: the line between civilisation and the unknown where pioneers rely on a strong will and a dead eye not big city laws.

A land where the sweat you shed makes a place yours, whatever lines the government draws on a map; where everyone knows putting on a badge doesn’t make a sheriff better than everyone else; where the divide between legend and reality isn’t always where it seems.

From aging settlers who miss the days when the town only had one street to decent folk who become gunslingers, from lawmen who find the solidity of the railroad is no protection from the devil to practical men who discover some monsters are more than heathen superstition, these nine tales will show you the West that was, that might have been, and might be again.