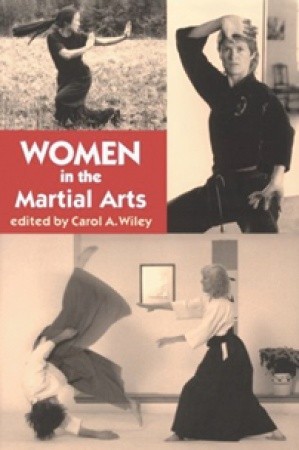 Focusing not on a single statement of what women’s martial arts is but on multiple perspectives on how martial arts isn’t the domain of male fighters that popular imagery portrays, this book will speak not merely to women with an interest in the martial arts but to anyone interested in diversity as a whole.

Wiley gathers twenty-two short essays and memoirs, and one interview, on various topics relating to women’s participation in the martial arts. At the highest level, these focus on one or more of three topics: the way in which women perceive martial arts before they are involved, women’s experiences while involved, and how practising martial arts affects other parts of women’s lives.

Each of the contributors, including both the interviewer and interviewee, is a woman who has practised martial arts for an extended period, and even those who set out more than their own experiences use them as a jumping off point for their theses. Thus, while some pieces do make statements about martial arts practice in general, they—and the book as a whole—present more as diverse perspectives on some women’s experiences than a study of common experiences.

While there is perhaps a slight slant toward aikido, the perspectives are similarly founded in a diverse range of martial arts rather than focusing on practitioners of the most famous ones.

Whether this approach creates a sense of intimacy that enhances empathy or a sense of diffusion that distracts from identifying what women’s participation is most likely to be like will depend to a great extent on what a reader seeks from the book.

Wiley’s choice of the title ‘Women in the Martial Arts’ is apposite. Although some of the contributors are immigrants, or children of mixed culture or ethnicity, the only trait other than being a woman that is foregrounded is practising martial arts from a wheelchair—which in itself is as much a biological as socio-cultural matter. Thus, the book centres more on the biological division between man and woman, and how that has (or has not) actually effected practice, than issues of gender and intersectionality.

However, none of the contributors are silent about social and cultural factors and some include significant thoughts on how the perception of martial arts in popular culture might affect women’s interest and insights into how practising martial arts can improve well-being and other areas of women’s lives, that will be equally applicable to any other social group that does not identify with the Bruce Lee/Steven Segal/Chuck Norris male warrior archetype.

The anecdotal experiences of how biology and Western society have impacted these women in martial arts are equally as much founded in being a woman as being a martial artist, so are likely to be of interest to readers seeking greater understanding of women’s experiences in a broader sense.

While the book was published in the early Nineties, so might appear stylistically dated to some readers, the issues highlighted seem—unfortunately—still prevalent in society.

Overall, although not a woman in the martial arts, I found the pieces in this book both engaging as stories and useful as insights into experiences other than my own. I recommend it not merely to sensei seeking to ensure diversity in their dojo but anyone who is interested in perspectives on the martial arts that are not the stereotype of big budget action films.