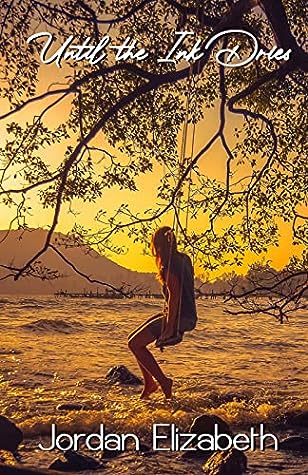 Elizabeth combines a gritty encapsulation of mundane life with a potentially unreliable narrator to create a chosen-one narrative that focuses more on the escaping a current situation than struggling with a new one.

Poor and bullied, fourteen-year-old Zuby Bloom’s only escapes from life of poverty are her diary and sketchbooks. However, after years of being something she draws flitting through the trees of her home, the Enchanted Ones seem to beckon her to join them.

The novella is epistolary, the narration entirely through extracts from Zuby’s diary. This applies an even greater filter to the reader’s experience of events than a single close point-of-view would, that—while it does not mean Zuby is automatically an unreliable narrator—all but denies the reader a way of ruling out Zuby’s description of a particular person’s action or motivation being incorrect. Thus, the centre point of the story, the Enchanted Ones she describes, can be parsed in four potentially correct ways: she has a vivid imagination and has chosen to write her diary as if her imaginings are true; she believes she actually sees beings that others can not but they do not actually exist; the ancient legend about Enchanted Ones is true and she is being offered a way into their world; or she can see strange beings but they aren’t offering what she thinks. Balancing growing subjective belief with lack of objective evidence, Elizabeth creates an arc that makes the reader engage with Zuby’s perspective and feel progress is being made without having to abandon their own preferred interpretation through to the end.

Elizabeth sets her story on an obscure small island in the US. In addition to making it less implausible that there might be mythical beings frolicking near a town without the world as a whole having noticed, this distils Zuby’s situation down: instead of being one of the poor children at school and one of the nerds, she is the poor and nerdy one. This both amplifies the prejudice she faces and denies her even wisps of a tribe from which to gain solace.

Elizabeth equally summons the claustrophobia of small communities outside of Zuby’s school life: while not all the characters are relatives, a disproportionate amount of those who have page-time are; and, with everyone knowing everyone, Zuby has a constant sense both that all her supposed inferiority is obvious and that any complaint will get straight back to her oppressors

Thus, the fantastical thread of potential fairies (or similar) is interwoven with the all-too-mundane one of a disadvantaged child being ill-served by modern US society. As dreaming that one is secretly the lost child of someone very important who will suddenly appear to whisk one away to a perfect life is a common coping mechanism for disadvantaged children, this intersecting of strange glimpses and normal abuses likely further increases both the reader’s reason to think the Enchanted Ones might only be imagined and their hope that they aren’t.

Written in Zuby’s style, that of a child who is not stupid but has not had the benefit of a top-notch education, the book is not filled with exquisite prose. Although Elizabeth errs a little one the side of unconscious fluidity rather than replicating all the infelicities an untrained diarist might produce, readers who are especially affected by clunky language might find the book hard to get into.

Zuby is, while not saintly or sardonic about the unfairnesses she faces, a sympathetic and active protagonist rather than an angsty, mopy, or passive one. Therefore, while those who are not teens themselves might not fully empathise with the depths of the travails she perceives, she is unlikely to irritate any readers who accept that a protagonist need not be a hero who punches sadness in the vulnerables.

The supporting cast are, appositely enough for a teenage girl’s diary, less complex than real people. However, they are more than stereotypes.

Overall, I enjoyed this novella. I recommend it to readers seeking a portrayal of encountering the liminal zone between fantasy and reality.