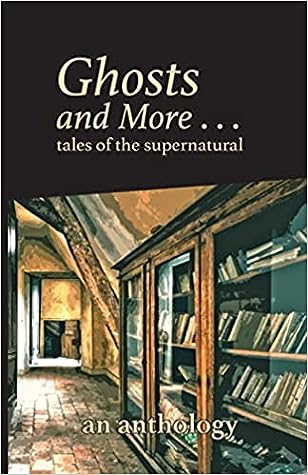 Blending classic supernatural tropes, humour, chills, and a variety of characters in different proportions, these tales are likely to provide fans of spooky stories with a pleasing evening or three.

This anthology contains 15 ghost stories and other short tales of the paranormal in a variety of styles, each written by a members of the Blackwater Literary Society.

As is not unexpected of works all written by a single group, the tone and plot of each story shares something of the classic spooky fireside tale rather than any being an outlier of visceral body horror, psychological torment, or rampant farce. Thus readers who love some of the stories are likely to at worst not dislike any of the others.

However, while there is this overall unity, each of the five contributors displays not only differences from the style and focus of the others but a distinctness between their own works; therefore, even readers who binge the anthology are unlikely to be overwhelmed by a sense of sameness.

With the way a reader experiences a collection influenced not only by contrasts of length, theme, tone, and so forth between stories but also by whether they read it in a single session, or take breaks during or between stories, a perfect rather than good ordering potentially does not exist. However, the editors choice to intermix contributors rather than group their stories subtly increases the diversity of having multiple authors.

The one aspect of ordering that potentially does stand out is the grouping of the stories with a significant non-human aspect at the end. Depending on reader preference, this might flavour the ending in one direction or another.

Overall, I enjoyed all the stories in this anthology. I recommend it to readers seeking a pleasing variety of paranormal tales.

I received a free copy from one of the contributors with a request for a fair review.