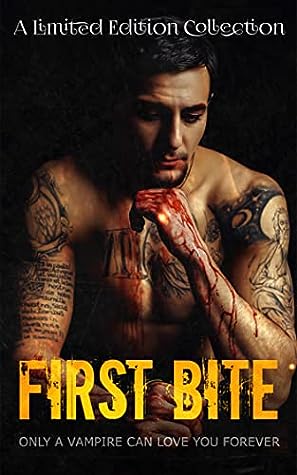 This anthology collects eight novellas and one short story, spanning styles, time periods, and genres, each of which features some form of vampire romance.

Although the vampire as romantic protagonist is only a subset of the vampire genre, the contributors each present a distinct perspective on vampirism that avoids over-repetition. As with any broader collection, the range of stories both makes it more likely a reader will find something they especially like and decreases the chances they will love everything.

As befits stories centred on a myth of feeding on humans, there is a physicality to the intimacy in many of the stories that is if not always graphic then certainly racy.

Several contributors embrace the ways in which supernatural powers can take romance tropes beyond their usual limits; thus there are protagonists who grab or kiss people because they “know” the other person likes them, or compel the target of their affections to accompany them. Whether these instances read as romance or sexual assault will depend on an individual reader’s opinion on whether the fact that the protagonists are meant for each other obviates the need for informed enthusiastic consent.

And some of these pairings are literally made for each other, being the fated perfect mates of paranormal stereotype; fortunately, it is the bare fact and not the details of execution that are stereotypical.

Overall, I found this anthology variable. I recommend it to readers seeking mostly classic paranormal romance with a few forays into adjacent areas.

I received a free copy from a contributor with a request for a fair review.