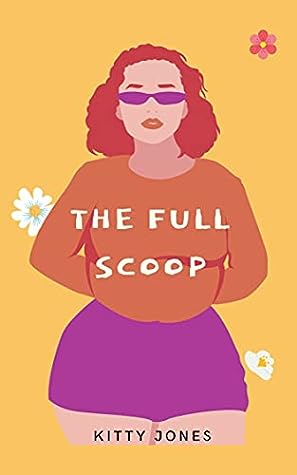 Jones blends the emotional shakiness common to the beginning of all romances with a strong focus on character and realistic events, creating a tale of two women falling in love that is not defined solely by their being women.

The death of Leanne’s wife drops her into a malaise. Her best friend keeps telling her she needs to get herself out there again. Instead, after yet another evening of dating without connection, she impulsively responds to a listing for an old bookshop. Billie’s career as a local newspaper reporter has stalled in human interest stories and fluff pieces. When she finally plucks up the nerve to ask her editor for something more meaningful, he agrees to give her a chance… but only if she does a good job on a profile of the newly reopened bookshop. Both Leanne and Billie feel an almost immediate draw to the other, but their own uncertainties and the dishonesty of others seem determined to stop a happy ever after.

Jones opens with a short segment from each of the protagonist’s lives featuring mundane issues, before leaning into the classic trope of two strangers who have an appointment bumping into each other earlier without realising. In addition to giving readers a chance to engage with the protagonists as people before they become the halves of a potential-couple, this delay of the first meeting creates a sense of depth that prevents the chance meeting feeling merely like a set-up for the plot. This inclination to the real rather than the idealised is sustained by it being not love at first sight but a spike of possible interest.

The romantic thread makes good use of both this grounding in character and the equal viewpoints, establishing two intertwining perspectives where each sees the other in terms of their strengths while being held back by their own perceived weaknesses. Weaknesses that, to the reader, might actually be mask for some other issue.

In contrast to the most famous of romance structures, the protagonists’ doubts do not include one suffering a gross misunderstanding over the other’s actions that could be cleared up by a quick conversation but isn’t. Combined with Jones’ skilful balance between characters feeling a negative emotion and them wallowing in it, this novella is therefore unlikely to irritate readers who find melodrama annoying rather than romantic.

However, this does not rob the narrative of tension. The mindset needed to create a story that will catch an editor’s interest is not flawlessly aligned with that of someone who wants to date their interviewee. Similarly, buying a bookshop does not make one good at turning it into a modern business. Thus, Billie and Leanne face not the cataclysmic struggles of the stereotypical romance but the more mundane obstacles of single lives not fitting seamlessly into a single whole.

This lack of obstacles to their attraction—rather than their focusing on it—makes the romance feel faster than many romantic stories (something that Jones hangs a lantern on by having a character joke that lesbians move fast). However, it does not feel rushed.

In line with the sense of realism, Jones neither avoids nor wallows in the additional social issues of the protagonists being lesbians; instead, there are moments of slight homophobia, at times wearing the disguise of prurient interest or a claim that the character is not prejudiced but others in the community might not be comfortable with it. These issues are also intermixed with sexism and selfishness, making them a primary but not sole reason for conflicts.

However, for all its realism, the novella does somewhat gloss how well-off Leanne is that she can mope without a job for an ill-defined period then impulse buy a bookshop. Depending on reader preference, this might provide a pleasing focus on the romance and surrounding issues, or steal away the sense of whether or not Leanne’s venture has real risk.

Billie and Leanne are both engaging protagonists who feel like they fit well together. Thus readers who are engaged by one more than the other are likely to find that other pleasing for being a fine fit for their protagonist. As befits the collaborative nature of a loving but realistic relationship, each also provides both support and ability to the other in solving problems without being the answer to all their problems.

The supporting cast display a good balance of filling a clear role in a romance and having their own interests and lives that are equally complex off-page.

Overall, I enjoyed this novella. I recommend it to readers seeking romance that is free of melodrama without being free of complexity.