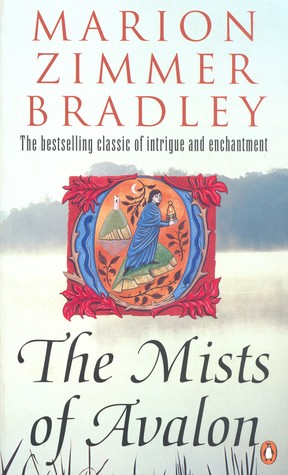 Bradley coats the myth of Arthur in the mud of early British history, creating a story that gives a voice to those who are not the shining knights of legend without in turn making them in turn more hero than human.

Set a generation after the withdrawal of the Romans, this novel retells Arthurian legend from the rise of Uther Pendragon to the death of King Arthur, focusing on the struggle between Christianity, traditional paganisms, and human nature for the direction of Britain.

Bradley sets her story in the 5th Century Britain of multiple kingdoms united under a High King against the Saxon invaders. Thus the characters are Celts, the descendants of Romans, and—as the story progresses—allied Saxons and their descendants rather than the plate-clad nobles of chivalric romance. While this novel is fiction rather than archaeology, it evokes a sense of that period that is likely to feel realistic for readers who are not experts in early British history.

One clear deviation from orthodox history is the presence of magic. However, the incontrovertible examples of the fantastical are limited to the existence of other realms that require special ritual or accident to enter or leave, certain characters having the ability to see things from a distance, and a dragon that even most of the characters consider only a story; the remaining magics could be explained as highly-skilled herbalism, social engineering, confirmation bias, or mass hysteria—and indeed characters sometimes express this perspective about things others consider clear sorcery.

Unlike many retellings of Arthurian legend, much of the novel is told from the perspective of women. While Bradley’s world assumes a greater autonomy for pagan priestesses—indeed the agency of women is a core part of the struggle between pagans and Christians—these narrators generally exist within the historically accurate social areas for the time. This results in a novel where most fighting, especially battles, happens off-page and significant parts of the plot occur while spinning, weaving, preparing feasts, and undertaking other traditionally female pursuits. Depending on the reader’s tastes this might feel a triumph of women achieving something despite a world that increasingly grants power to the hyper-masculine or the lack of strong diverse female representation.

As with any novel that includes even one real religion as a central thread of the plot, let alone two, Bradley’s portrayal is open to accusations of bias. Certainly the balance of narrators and plot threads favours Avalon and through it the traditional paganisms of Britain. However, as the inciting incident for the struggle is a conflict between Christians seeking to make Britain a Christian kingdom and Avalon wishing a kingdom where Christian and pagan live side-by-side as equals, the narrative could be read not as biased toward paganism or against Christianity, but rather as supporting diversity over conformity. Indeed, the portrayal of the Christian religion as the antagonists centres around how bishops and Christians act in these times, contrasted with devout Christians who lived in peace with pagans in the past. This sense that the issue is how people have a flawed understanding or seek to use religion for their own advantages is strengthened by the least sympathetic parts of pagan characters’ lives often coming from their resistance to paganisms not being more true or powerful than Christianity.

Equally, Bradley’s narrative starkly portrays the horrors of non-consent. Although the stance that everyone must not merely be Christian but this narrow type of Christian is the most consistently criticised oppression, each of the characters is forced into cruel situations and force others into such over and over again. And this does spare Avalon: Morgaine, one of the most fanatically and aggressively pagan characters in the book, has her entire life blighted by one of the core traditions of Bradley’s paganism.

The shifting pattern of characters aligning, manipulating, hating, and forgiving each other while ever slipping back toward a tawdry life could be either its greatest strength or weakness depending on reader preference: it is certainly a powerful picture of how politics can prevent the very goal it seeks to achieve; but the extended failure of character’s to achieve a permanent improvement (the book runs to over a thousand pages in some editions) could frustrate those who like progress and resolution rather than reportage.

Morgaine, the primary narrator of most of the novel, is a mostly sympathetic if not always pleasant character. While her decisions are not always those the reader would have made, and might sometimes be those a reader would seek to avoid, they are a plausible response to the world she lives in, her internal conflict between what she thinks her religion requires and what would bring her most comfort, and the actions of other characters.

The remaining narrators, mostly female, display a similar conflict between what they believe is right and what might make them happy, with each possessing enough nuance readers know them even if they do not empathise.

Bradley’s supporting cast are somewhat less distinct with many warriors and ladies who are seen as unique individuals by other characters but might seem interchangeable but for their name by the reader. This confusion over which of Arthur’s Companions did what is not helped by some characters having both a birth name and a name they are commonly known by, and other characters not being consistent in which they use.

Ultimately, a reader’s experience of this novel will be shaped by what they expect it to be: an engaging tale of Arthurian legend from the perspective of women rather than men, probably; a tragic tale of great possibility dragged down by human flaws, certainly; an inspiring tale of heroes defending a better world, definitely not.

Overall, I enjoyed this novel. I recommend it to readers seeking a mythic tale that centres around the corruption of idealism and the lingering effects of trauma rather than chivalry and battles.

4 thoughts on “The Mists of Avalon by Marion Zimmer Bradley”