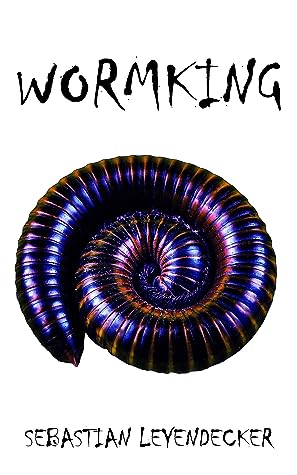 Leyendecker fuses visceral cosmic horror with the tropes of Cold War espionage thrillers, raising questions of whether the right thing is sometime also the immoral thing.

After helping defeat the creature in the sewers, Simon has been accepted into the Nocturne Society as Brockmann’s official partner; so, when Brockmann spots hints that a parasitic creature he’s faced before has risen in Berlin, the two of them race to investigate. Unfortunately, if Brockmann’s right, the infection will rapidly spread meaning defeating it will require drastic action; action that is certainly illegal and potentially immoral.

While this novel starts with Simon and Brockmann already working together, Leyendecker follows the same overall dynamic as the previous volume: Brockmann has plenty of field experience as a killer but lacks investigative skills, Simon has modern technical savvy but no real experience in the field, and Brookman’s old handler scrapes together a small amount of logistical support. This skilfully avoids the unfeasibility of private individuals successfully investigating occult horrors while maintaining the intimate tension of individuals investigating occult horrors without a massive international organisation to call on in need.

Where the previous book centred around the threat of a single cunning predator, this one introduces a parasite that drives the infected to violent rampage. As such, it raises possibly the most Lovecraftian of threats: the death of human reason.

The combination of mindless killing spree and contagiousness also creates the core challenge of hunting it: even if one does find an infected person, they might well not be coherent enough to answer questions, and almost certainly won’t know how they were infected; and if anyone who comes into contact with an infected person might become infected with no way of telling for certain, the only way to be sure it’s destroyed is to kill everyone who might have come into contact with them. Leyendecker leans hard into both the lack of evidence of what is happening and the drastic means needed to limit spread by having Simon’s first encounter with the creature be an ongoing spree killing at a school after the first police officer has arrived.

The challenge is increased still further by their only being two of them to stop the threat: Leyendecker maintains a careful balance of splitting up and remaining together that both makes it plausible that they would have chosen to act together or apart while making each of them feel the absence of the other’s skills at key moments or regret leaving a lead unfollowed to devote their efforts to the same task.

The plot arc concludes in a way that is both realistic (for the universe) and consistent with the evidence available to the reader. However, as befits cosmic horror, this conclusion of the current threat leaves broader questions of how the creature came to be and what the wider truth is unanswered.

Simon remains a sympathetic protagonist. After his experiences of the previous volume, he has become less idealistic; however, plausibly, his unconscious sense the world is a decent place remains, driving him to be more heroic than pragmatic.

The supporting cast are a solid mix of ordinary people and those in the know, creating a powerful contrast between characters who can be trusted but must be lied to and those who cannot be trusted but ironically do not need to be kept in the dark. This amplifies the sense of a cold war thriller that pervaded the first book.

Overall, I enjoyed this novel greatly. I recommend it to readers seeking fast-paced cosmic horror investigation that avoids the tension deflation of simply shooting the monster.