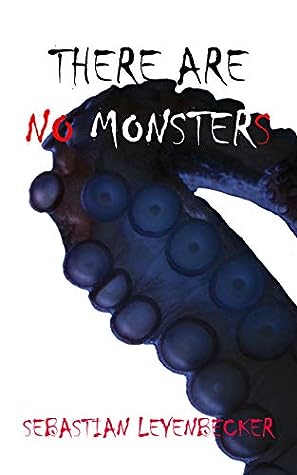 Leyendecker blends the griminess and struggle of realistic espionage stories or noir with a hidden world of supernatural otherness, creating a novel that is both gritty thriller and cosmic horror.

Decades ago, the Nocturne Society told Brockmann to stand down, their mission of destroying the monsters that used to plague humanity complete; however, when a crime report in a Hamburg newspaper mentions certain odd details, he realises the job might not be done. After Simon’s girlfriend suddenly cuts off all communication after they see something weird, he refuses to let it go. When their paths intersect, Simon is determined they should be allies; but how can they be when Brockmann will neither trust someone who doesn’t know what they are doing nor explain.

While there is magic in the world, neither Brockmann nor Simon have access to special artefacts or supernatural powers, making their search for the monster more the careful graft of a realistic spy novel or gritty detective thriller than the flashy action of ‘secret supernatural police’ urban fantasy. This need for lots of legwork and surveillance, painstaking analysis of scant evidence, and starting again when things don’t pan out is amplified by the Nocturne Society having disbanded, both removing the best source of information and allies, and any contacts that might influence the police or other authorities not to get in the way.

However, while the search is onerous for the characters, Leyendecker balances the amount of page time devoted to efforts with more dramatic scenes, creating a strong sense of what the characters are experiencing without making the book itself feel tedious.

As well as Brockmann’s need to keep his activities hidden from the authorities and his refusal to share with Simon, Leyendecker includes clear evidence of another organisation that is aware of the supernatural but provides no insight into their motives. This adds another layer of nebulous threat, both adding challenge for the protagonists and strengthening the resemblance to espionage thrillers or crime noir.

In contrast to the mundane methods of the protagonists, the monster displays clearly inhuman powers. Although potentially smaller in scale and driven by more understandable motivations than classics of the genre, these powers do possess an incomprehensible defiance of accepted reality that might please fans of cosmic horror.

Leyendecker tells his story from a number of points of view, both protagonist and other, both plausibly providing the reader with insights into the world and events, and creating dramatic irony that increases the tension in a number of scenes. These various point-of-view threads do not always have dates and are not always in chronological order—occasionally even within the same narrator’s story—confusing events and motivations in a way that, depending on reader preference, will either strengthen the image of the protagonist’s struggling to uncover the truth or feel slightly muddled.

Although not a novel that is brutal for the sake of being brutal, Leyendecker does not shy away from the implications of inhuman magics and supernatural predators, including some scenes of visceral horror. Thus this is potentially not a book for those who prefer the depravity occur off-page.

Brockmann is a classic cold war agent, rendered paranoid and callous by fighting a secret war. As with any good espionage tale, this equally shields him against threats and causes him to shy from opportunities or allies. While mentally capable, being out of the game for decades has also left him old and out-of-practice, meaning plans that he might have been able to pull off alone while fully active are now risky or ineffective.

Simon in contrast is an ordinary young man, possessed of youthful vigour and enthusiasm but—while not stupid or naive—lacking any experience of hunting monsters or even of violence or investigation. Thus his efforts prior to meeting Brockmann achieve only small success while exposing him to dangers he does not notice and his attempts to work with Brockmann both demonstrate that they are stronger together and that Brockmann’s unwillingness to involve him is not without some cause.

Leyendecker balances the two characters well, presenting the reader both with the viewpoint of the innocent outsider experiencing things as the reader’s proxy and the experienced investigator revealing secrets of the world. Although he does place their fundamental difference of character at the heart of the story, this is not amplified to the point of stereotype.

The supporting cast display a good balance of uniqueness and resonance, showing a plausibly diverse range of drives and characteristics while sharing an aura of grimy imperfection that supports the overall ambience.

Overall, I enjoyed this novel greatly. I recommend it to readers seeking the gritty weird end of urban fantasy.