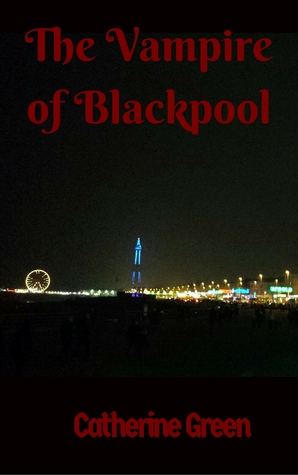 Green blends romantic tropes with the fundamental truth that love doesn’t make everyone a saint in real life to create a vampire protagonist who realistically craves the company of some humans without experiencing any qualms at draining others.

While this novel is part of Green’s The Redcliffe Series, it barely refers to events from other books and never in a way that requires knowledge of them to understand plot or character action; as such, it functions well as a stand-alone novel and is unlikely to spoil any surprises in other books.

After many centuries as a vampire, Meredith Hanson lives apart among humans, seeing them only as food or character studies for the novels she writes. However, when Samantha, a newly arrived witch, and Ryan, a fanatical vampire hunter, both refuse to leave her alone she finds herself strangely unwilling to simply kill either of them. With each meeting, they seem less like prey, but is what she feels for either of them real or just a reaction to boredom?

Although reawakening of human connection is a frequent trope in paranormal romance—to the extent that one can correctly predict the protagonist of the next volume by who is the most antisocial loner in the current one—and competing attraction to two people is common to all romance genres, Green approaches neither in the most stereotypical way.

As the plot unfolds, Meredith’s social side does reawaken; however, this is not a transition from traumatised prickliness to repaired friendliness, or an embrace of underlying humanity. Meredith has no angst over being a blood-drinking predator and her sense of connection to Samantha and Ryan does not produce a more general compassion for other humans.

Similarly, she is not pulled between the two of them by any implied requirement that she must choose or worried that she is too flawed to catch their interest. Rather her obstacles to being close to one or both of them are a more pragmatic assessment of possible risks and deeply embedded antisocial tendencies.

Thus, while this novel is a paranormal romance, it is also likely to appeal to readers who want their vampires to be skilled predators rather than decent people who happen to drink blood or angsty heroes seeking their fated mate.

Green’s narration includes a great deal of discussion of clothes and appearance, including opening with the stereotypical “woman getting ready to go out” self-description; however, as her protagonist is an ancient being observing humanity from outside for both survival and entertainment, many readers are likely to find this a character trait rather than an implausible fixation.

Green’s prose style inclines slightly toward the verbose, including noticeably fewer contractions than modern speech and sometimes using longer phrases where casual writing might use one or even none. Generally, this provides a hint of formality or archaism that fits an ancient vampire well (perhaps even better than cutting-edge trendiness might); however, it also occurs throughout the reported speech of teenagers, where the narrator’s voice might be expected not to appear, sounding an implausible note.

Meredith is an engaging protagonist, confident yet self-aware enough that she does not seem arrogant. While readers will (almost certainly) not know what it is like to live for centuries on the blood of one’s former kind, her perspective seems plausibly inhuman with sufficient commonality to not be inaccessible.

In contrast to Meredith’s icy drive, Samantha and Ryan are both passionate, each in their own distinct and plausibly complex way. This makes them both seem like real people and creates a contrast with Meredith and each other that supports the pervasive sense of this plot not being decency vs. monstrosity.

The remaining cast, while having much less page time than Meredith’s two interests, display a level of nuance appropriate to their involvement in events; thus, there is a sense they are heroes of their own story strong enough that readers unfamiliar with other books in the series might be uncertain which feature, or will feature, in other volumes.

Overall, I enjoyed this novel greatly. I recommend it to readers seeking a vampire tale that fully embraces the sensuality of the myths and legends without forsaking the horror inherent in vampire’s predation of humans.