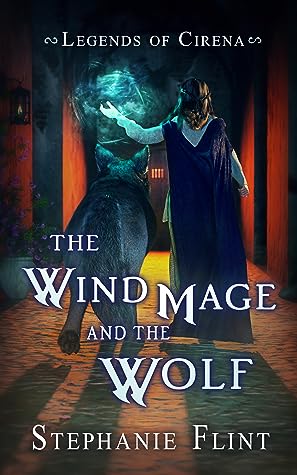 Flint blends aspects of spy thriller with an interesting fantasy society to create a novella that asks questions about what freedom actually is without ceasing to be an engaging tale of magical action.

Livena, an illegal mage suffering a truth curse, fled her homeland for the city of Ashan in the company of an ex-mage hunter. He claims the temples will be able to lift the curse, allowing her to learn to control her magic. However, while it doesn’t forbid magic, Ashan is rife with other oppression. Horrified by the sight of a noble exploiting child slaves, Livena loses control of her magic, forcing her to flee into the arms of uncertain new allies. The city offers freedom from the curse, but the cost might be becoming a slave.

Flint bases her novella around the universal—if saddening—truth that a culture being more enlightened in one area is no guarantee they will be in others; indeed, the base desire for control might well mean that virtue in one area makes it more likely there will be vice in another. This makes Ashan, with its belief magicians are people too and its belief anyone can be enslaved, both feel a real place rather than wish-fulfilment and create opportunities for engaging moral conflict.

Flint provides multiple imperfect but human perspectives on this conflict, contrasting Livena’s personal quest to be free of the curse with the wider question of which forms of bondage are wrong, and what that looks like. This is combined with fast-paced events, unclear loyalties, and choices with no perfect answer to create a fantasy novella that packs plenty of thrills in without sacrificing depth.

The magic is a good balance of powerful and limited, offering new solutions for protagonists while creating new obstacles in the hands of antagonists. This unstable balance is reflected in the world as a whole, in a society that is very noticeably shaped by the potentials of magic while still retaining the fundamental unstable balance of competing interests that mark any society.

This novella features characters from both “The Wind Mage of Maijev” and “The Gryphon and the Mountain Bear”. However it does not rely heavily on the events of either book, and Flint successfully integrates what backstory and characterisation is needed; thus, while readers familiar with one or both of the books might better predict behaviour or gain enjoyment from rejoining a loved character, the book stands alone.

As with Flint’s other books, this one contains a glossary at the back. Depending on the ereader used, this might or might not be easily accessible to readers in the moment. However, as Flint provides her invented terms and concepts in context, it is likely readers will not need to access it to enjoy the novella so will experience it more as an appendix for those interested in more of the world.

Livena is a sympathetic character. Both her desire to be free of the curse and her desire to oppose slavery are powerful positive drives, but they are each also obstacles when it comes to the other: she can’t get help to remove the curse if she’s been arrested. And those who might offer help in lifting the curse or oppose the lord she assaulted have their own agendas. This immediately faces her with difficult questions of what ideals or goals she is prepared to compromise in service of other things of importance.

The supporting cast are similarly nuanced, possessing conflicting drives that make them seem realistic people rather than foils for Livena’s struggles or mouthpieces for the author.

Overall, I enjoyed this novella. I recommend it to readers seeking a fantasy thriller that is shorter in length but doesn’t lack complexity.