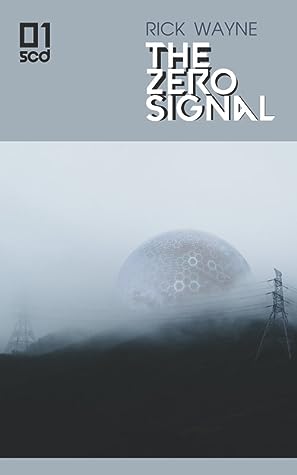 Part biopunk thriller, part speculation on post-industrial social advance, this novel will appeal both to fans of fast-paced gritty action and thought-provoking futurism.

In a possible future, advances in gene manipulation allow people to edit their own bodies as easily as we hack technology, leading to a thriving mod community. Most modders are good intentioned, if not always technically skilled, but some have darker motives. Arrested while chasing a psychopath who turns their victims’ bodies against themselves, Nio is looking at a long time in prison; however, when her world-famous brother inexplicably dies on stage, the FBI offer her limited freedom in exchange for her assistance. The terms of her parole are strict and she genuinely wants to solve her brother’s death, but how can she let a criminal no one else even realises exists act without opposition?

This review is based on an advanced copy of the novel. As the published version might differ, it will therefore not focus on fine details.

Blending the “style over substance” and “hacker vs corporate government” tropes of classic cyberpunk with plausible theories of scientific advance and its impact on society, Wayne creates what might be labelled hard weird.

In addition to the household gene manipulation that drives Nio’s initial investigation, Wayne offers an engaging perspective on other science-fiction staples such as AI freedom and cloning. While these challenges to the idea of human mind or soul being special could provoke a reader into wondering what “alive” or “human” mean, the novel doesn’t set out authoritative answers or even attempt to push the reader toward certain conclusions, making this fiction with depth rather than a parable.

Wayne’s skillful mix of human fluff and technological crunch both grounds characters’ concerns about the horrors of technology by showing the reader evidence it is possible and sets futurist speculation in a human context, amplifying the impact of both. This tension is further amplified by in-world conspiracy theories that draw on the same plausible science.

The two plot threads of techno-terrorism and mysterious death are similarly well-handled, drawing on motivations and approaches common to humans throughout history while reflecting the unique possibilities for crime and investigation provided by the advances in technology.

As befits crimes involving subversion of flesh and mind, some of the scenes involve visceral horror; however, this is neither gratuitous nor common, serving more to infuse realism than titillate.

Where this novel might prove more divisive is in Wayne’s avoidance of inner dialogue. Rather than the frequent use of the protagonist’s thoughts common to modern fiction, Wayne relies more heavily on character actions to imply emotional reactions. Depending on reader preference, this might either add to the sense of science-driven investigation or weaken the sense of human connection.

Nio is an engaging and apposite protagonist. A product of a massive genetic experiment, she embodies both the potential for exceeding “normal” human limits and the dislocation being created “special” can bring. While not something readers are likely to have experienced, her situation is eminently easy to empathise with and her reactions to challenges as realistic as the scientific foundation.

The supporting cast share this blend of new experiences and capabilities, and easily accessible human drives. This adds to the sense that this future has grown from our present rather than being an abstract speculation or techno-metaphor.

Overall, I enjoyed this novel greatly. I recommend it to readers seeking a fast-paced thriller set in an intriguing and gritty near-future world.

One thought on “The Zero Signal by Rick Wayne”