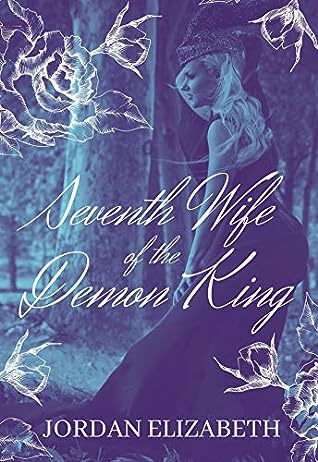 Elizabeth blends romance with politics to create a fantasy novella that does not equate personal happiness with happily ever after.

Generations ago, demons conquered the kingdom. Lord Robin, one of the current demon king’s nobles, has lived a privileged by tedious life until Katherine literally crashes into him. His body reacts as if she is his soulmate, but how can a demon have a human soulmate? Katherine meanwhile finds herself offered up to the king as his next wife; the idea of being married to a blood-drinking monster horrifies her, but how can she say no when the key to defeating the demons is allegedly hidden in the palace?

The world containing a single woman who can awaken true love in a supernatural male is a common trope in paranormal fantasy. However, Elizabeth has modified it somewhat: demons must join with their soulmate by their late twenties or lose the chance forever; and demons can have loving relationships with other people, they are just not the burning intensity of true love. This both applies a ticking clock to Robin’s desire for Katherine—he can’t simply wait for the king to die and marry his widow because “the moment” could pass—and weakens the fanatical drive that can make paranormal heroes seem somewhat one-sided—if he can still have a happy life without stealing his monarch’s fiancée then it a question of whether rather than simply how.

Combined with soulmates being a trait of demons rather than “fated to be”—so Katherine does not feel an overwhelming pull to Robin—this second aspect creates a sense that either of them could choose some other significant goal over any romance.

While this does allow more room for the protagonists to distrust or use each other, Elizabeth does not lean heavily into Robin being a noble in the regime Katherine wants to overthrow. Whether the relative lack of paranoia and political conflict is a missed opportunity or a plus point is likely to depend on whether a particular reader inclines more to the fantasy or romance aspect of this fantasy romance.

In contrast to the romance plot, the parallel plot about infiltrating the palace in search of a way to overthrow the demons is filled with politics. As might be guessed from the title, the demon king has a harem of queens, each of whom wishes to retain his favour and does not wish to share it with others; this thrust Katherine into a situation where she is surrounded by people who might be watching her constantly for anything suspicious or be being pleasant to trick her. And the same issue applies to the king’s daughter and anyone else Katherine can speak to. Elizabeth skilfully balances having these people present with focusing most of the page time on a few of them, creating a sense of many possible enemies with uncertain motives and loyalties without overwhelming the reader with myriad actual interlocking schemes they need to remember in detail.

The wider-setting is less fleshed out. The demons are definitely a separate race from humans but there is no evidence of them having a separate language or of their culture being different from the human nobles they replaced. Even the blood-drinking and cruelty is only mentioned as happening rather than being a major page presence.

Similarly, the legend of a magical solution to demons is not paralleled by other superstitions, tales of sorcery, folk religion, and other social artefacts of a nation that believes in magic.

Thus, while the world is coherent and fresh, readers who enjoy the depth and nuance of fantasy worlds might be disappointed.

Katherine is an engaging protagonist. While she is inexperienced she is determined, resulting in a plausible caution rather than an irritating passivity.

In keeping with being the romantic hero, Robin is a decent man. However, he is still part of the king’s regime rather than having rejected it; thus, some readers might find him a little passive.

The supporting cast are pleasingly nuanced, creating a world where people are individuals rather than divided into virtuous human and evil demon.

Overall, I enjoyed this novella. I recommend it to readers seeking romance set against fantasy politics.