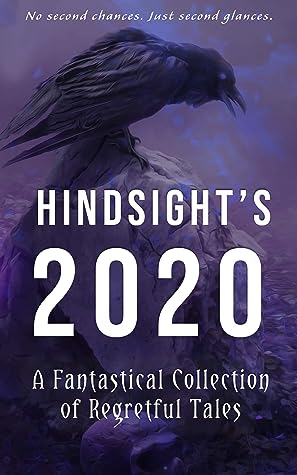 Flavoured with but not tainted by the uncertainty and constraint of the Covid-19 pandemic, this anthology provides a series of engaging escapes from reality.

This anthology collect nine stories inspired by the theme of “regret”, spanning a range of genres and styles.

While the anthology is centred around the theme of regret, the concept also grew from each of the authors having been published by the same—now defunct—publisher. Therefore, unlike many themed anthologies, the selection of stories is not based on the editor’s opinion on whether they fit a coherent vision of the theme; thus, the stories range over a wide area from the overtly supernatural to the utterly rational, from the “could be today” to the distinctly different future. Depending on each reader’s preferences, this could either result in a pleasant sense of diversity or a sense of a decidedly mixed bag.

Unfortunately, the table of contents did not function and a few odd layout issues appeared on my device. While these are minor issues that did not affect the intelligibility of the stories, they might jar readers who expect a seamless experience.

Overall, I enjoyed this anthology. I recommend it to readers seeking short stories that combine interesting characters with skilled evocation of the setting.

I received a free copy from one of the contributors with a request for a fair review.