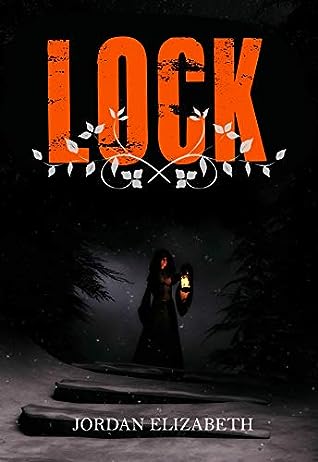 Blending the classic fantasy tropes of prophecy and travelling to another realm with a more complex view of saviours, Elizabeth creates a young adult novel that offers a grittier perspective on a chosen one facing evil without reducing everything to moral relativism.

Having spent most of her moving from Renaissance Fair to Renaissance Fair, Sarah Lockwood is tired of the travelling life. So when her reclusive paternal uncle asks her to live with him on a trial basis, she jumps at the opportunity. However, his strict rules almost immediately start to grate. Archer, her uncle’s gardener, offers her an escape to an actual other realm; what he doesn’t mention is that the land is burdened with tyranny and political unrest and both sides might have especial interest in Sarah.

At its core, this novel is a tale of a person from this world travelling to a fantasy realm and being seen as a famed hero in the mould of the Chronicles of Narnia and similar books. However, Elizabeth weaves a somewhat more complex version: the “good” guys are a loose coalition of morally imperfect people rather than a noble resistance, and in addition to the traditional struggle Sarah faces with the idea she is the “chosen one” there are those in the resistance who do not believe but are happy to use her for political ends or to draw attention from the person they consider the real candidate. This both produces a more plausible political situation and maintains reader tension over whether Sarah is actually the hero of prophecy.

The hero-or-not thread is further enhanced by Archer being a member of a secret order sworn to observe but not interfere and residents of the realm who are opposed to visitors from our world interfering because history shows it can make things worse. Thus, while Elizabeth does not lean into it, there is a subtle metaphor for the “white saviour” complex of colonial theory.

Very definitely sitting in the young adult category, the fantasy heroics are paralleled by the standard YA threads: a strong belief in the unfairness of adults, the belief one is not a child paired with no real experience, intense desire for romance paired with confusion between options. However, Elizabeth does not allow them to become dominant. Thus the unique blend of utter certainty and constant uncertainty unique to the teenage mind echoes the themes of destiny and political paranoia inherent in the “mystical saviour of an oppressed land” thread, enhancing the impact without requiring the griminess of the main plot to escalate to unfeasible levels.

The increased engagement produced by this alignment is perhaps most obvious in the romance subplot: while this does draw on the classic ‘having two suitors and not knowing who to pick’ trope, the reader’s awareness that both potential love interests are less than perfectly honest and honourable makes it likely that even those readers who usual wish to bang character’s heads together will accept that Sarah is right to feel conflicted.

Apart from the mystical saviour and the magical pen possessed by the order of recorders, Elizabeth’s world is an average Western European medieval society blended with some items from our world. This lack of special creatures, unusual social structures, and such is perhaps one of the book’s greatest strengths as it leaves the reader free to focus on Sarah’s specific situation rather than also having to process myriad unfamiliar things.

Sarah is a sympathetic protagonist. While her lack of majority and her unfamiliarity with the other realm somewhat force a more reactive role on her in places, she is never passive or angst-ridden. Thus, while readers might not always agree with her choices, they are likely to see them as reasonable attempts to achieve worthwhile goals.

The supporting cast are similarly characterful, displaying the mix of weakness and strength, competence and misdirected effort, that real people display.

Overall, I enjoyed this novel. I recommend it to readers seeking a young adult chosen one narrative that offers a different perspective without deviating from the norm for the sake of it.