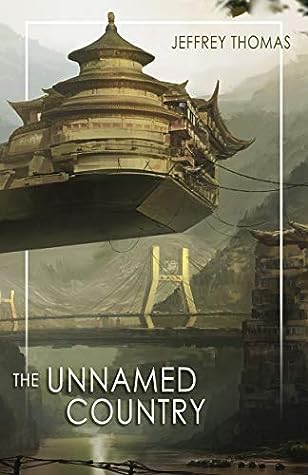 Collecting stories that span science-fiction, fantasy, and realism but are connected by a shared fictional Asian country, Thomas offers both a series of character-driven individual narratives and an engaging gestalt vision of the liminal zone between beliefs and reality.

This collection contains nine short stories set in a fictional Asian country shaped both by religion and cutting-edge technology.

Each of these stories can be read separately without—except perhaps in the case of ‘Cholokun and the Gods’—the reader feeling they only have part of the story. However, the secondary details in each suggest depth to events or behaviour in the others.

Thomas hints at more than the underlying connection one would expect of stories set in the same world, though. At first the connections appear mundane and realistic: a character might share a name with someone from the soap opera two characters discussed in a previous story; or events that happen in one story are plausibly the cause or consequence of events in another. This sense of reality being coloured by shared beliefs and stories that was seeded with the opening story grows with the introduction of a soap opera that “everyone” in the country watches. And, when “Motherboard” leans strongly to the science-fiction side of the line, the number of connections to that soap opera make it easy for the reader to feel that it is an in-world fiction as well as a real world one. But as these potential connections between tales that could be entirely mundane and those that are not build, the division of stories into realistic and fantastical that a reader might have created is eroded, leaving the reader to re-evaluate whether mundane events were influenced by the spirits, obscure alchemical theories, or fate the characters believe in.

While this building revision of prior stories into something potentially more speculative creates a more powerful effect than making the pervasive weirdness overt from the start might, it does mean the first few stories provide readers an indication of the skilled prose and characterisation but not the nuances of the world.

Overall, I enjoyed this collection greatly. I recommend it to readers seeking a glimpse of weirdness between accepted reality and the overtly fantastical.

I received a free copy from the publisher with no request for a review.