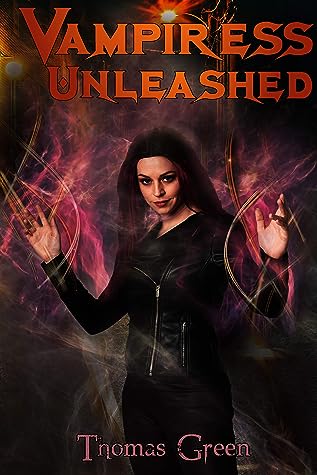 Casey Laen’Ash has lived her life in her mother’s estate, never leaving without her mother at her side and speaking to no-one else. Believing her mother’s claims that—as a high vampire—the world will hate her, she has accepted the isolation. Until someone claiming to be a friend starts sending her messages. With all it will take for them to be together is for Casey to fetch a single mystical artefact, she doesn’t hesitate. Despite the heist she expected to be done in a few hours while her mother was out becoming an international expedition, she is determined not to give up. But the world turns out to be as unfriendly as her mother said.

Set mainly in modern urban USA and filled with a plethora of supernatural creatures and mystical events, this novel is urban fantasy. However, instead of the usual low- to mid-level protagonist trying to deal with local problems, this is the tale of someone of great power charging into the middle of significant political conflicts through a mix of arrogance and naivety.

This combination of inexperience and swiftly being at the centre of supernatural society provides Green with an excellent vehicle to reveal his world to the reader without the implausibility of character’s randomly discussing things they already know.

However, there are only two ways one can go after starting with high-powered interactions: Green chooses up. Whilst this does ensure the narrative does not lack for action and fantastical events, some readers might also find the escalation from naïve girl on a jaunt to major world-level magical plot to be too extreme for such a short arc.

Where Green’s plot is perhaps most likely to engage every reader is in his evocation of distrust: plausibly enough, the major factions in the supernatural world are happy to use Casey for their own ends and are highly skilled at concealing their secrets; thus, even when Casey has the ability to drastically change a situation, she cannot always be certain which side to trust.

Green’s world is a balance of urban fantasy tropes and personal nuances. This provides the reader a firm framework of existing “knowledge” to aid accessibility without sacrificing the unfamiliarity that makes a work more than a retreading of old ground. Although, as with the plot, these personal touches tend toward the powerful, there is an underlying consistence and structure to the world that makes it more than just setting one cool ability against another.

This is supported by Green’s balance of detail and brevity in the—not uncommon—supernatural fight scenes. Realistically for high-powered magical battles, these are filled with effects to make a special effects team jealous, but swiftly over.

As Casey has been raised to believe herself exceptional and without social interaction, she verges on the arrogant at times. While her mother’s controlling behaviour does provide perspective on this and Casey does not remain blindly certain of her own perfection in the face of failure, some readers might therefore not find her the most sympathetic protagonist.

Formed almost exclusively of powerful magical beings, the supporting cast are similarly very certain of their own rightness. However, they have a range of motivations and beliefs that make their certainty display in a variety of ways, some more pleasant or moral than others.

Overall, I found this novel a pleasant entertainment. I recommend it to readers who like their plots fast-paced and their magical effects large.