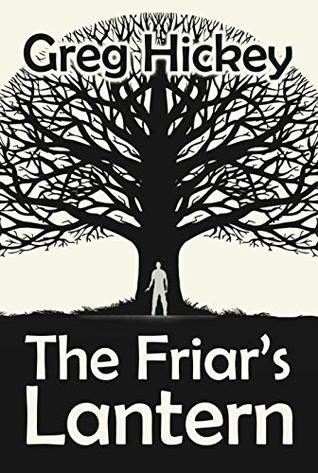 Hickey mixes theories of mind, characterful situations, and reader choice to produce a book that is both an interesting story and a blurred mirror on the reader’s free will.

You are offered a place on a scientific study into whether human choices can be predicted a week in advance. You are a potential juror in a murder case that turns on whether or not the heat of the moment can last for more than a moment. Half introduction to game theory and determinism, half select your own story, this book questions the reader’s belief on free will—whether for or against.

While this is by no means an academic exploration of practical mathematics and theories of mind, Hickey’s setting out of perspectives on predicting behaviour is definitely not pop science or cherry picking. As such, readers not already immersed in the various fields he touches upon are likely to find this book offers an engaging balance of overview and explanation.

This engagement is strengthened by the type of choices Hickey presents the reader: the opportunity to win a million dollars; the difference between lashing out on instinct at the man who killed your wife and cold-bloodedly executing him; which dying person to save if you can only save one. Although there are less emotive decisions in the book, most of them are exactly those decisions we consider life-changing.

Hung around a few fixed decisions, the paths Hickey lays out diverge and intersect, providing the reader a chance to discover how consistent their theory of free choice vs. determinism is. With different subsidiary events/choices presented depending on which path the reader takes, whichever path the reader takes is likely to make their initial belief seem flawed; however, Hickey provides little to no editorialising on the choices, resulting in this engineered situation not feeling like an attack—indeed this variation might increase a reader’s enjoyment of repeated read-throughs.

Although the fixed points of decision occur on every path, they are not always an intersection of all paths: the choice the reader makes at the end of the page is the same, but both the description of reaching that point and the path the options send the reader down can differ. This affords readers who do undertake more than one read-through a perspective on how context might influence choice (or lack of it).

While these intersections necessarily detail many of the same events, conversations, or thoughts, Hickey has chosen to also word sections of them in the same words: depending on a reader’s style of reading might either highlight the line between fixed and flexible or cause them to skim over it.

Another authorial choice that might divide readers is the use of strong statements by the narrator. Hickey’s narrator mixes these like a saxophonist leaving a jazz festival on the last bus with a stolen racoon. Depending on the reader, this will either create a powerful sense of the world or increase distance.

In addition to any value judgements within the allusions, the narrator has strong opinions on certain things. While a potential disjunction between the character’s assumptions and the readers is an issue with any second-person perspective, the unity implicit in a choose your own story narrative amplifies it further.

A third possible issue is that—unavoidably—the reader does not have free choice: for example, one might have the choice between helping one person or helping another but not the option to help neither or even harm one of them. Fortunately, both Hickey’s narrator and his exposition of various theories are engaging enough that readers are likely to chose based on what they think the narrator would do even if they feel a clearly better—yet unavailable—option exists.

From a purely mechanical perspective, the navigation between options in the ebook version uses embedded links within the text; as these often occur at the end of consecutive single-sentence paragraphs, readers who favour a smaller text size might sometimes suffer a slight disjunction caused by their ereader mistaking which link they have hit.

There is much that cannot be discussed without spoiling the experience; however, one thing that can is that this book is—unavoidably—a deterministic universe: the entire path the reader takes from opening the book to its conclusion was literally written in advance. The reader can be presented with the choice between believing their behaviour can or cannot be predicted, but—as the god within the machine—Hickey has perfect power to make the events that follow support or refute that belief. Thus, this book might perhaps be better characterised as weaker if not reread rather than the more common label of strong enough to support rereading.

Overall, I enjoyed this book immensely. I recommend it to readers seeking to have their thoughts provoked on whether free will might exist rather than those seeking an answer.