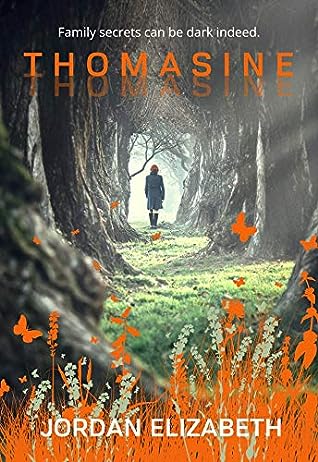 Elizabeth blends the tropes of folk horror with the intensity of teenage belief, creating a story that asks “what if everyone really was watching you?”

Thomasine was born in the same small rural town in the USA as her father, her grandparents, and most of her other relatives. Her childhood was filled with nightmares of something lurking nearby, nightmares that ended when her family moved to the city. However, when the funeral of her great uncle brings her and her parents back, the foreboding returns too. A foreboding that turns to fear when a ghost leads her to a cache of letters that suggest the lurking threat might be her own family.

Elizabeth blends the traditional ghost-story trope of a spirit seeking to highlight a wrong with the small-town rituals and insularity that mark folk horror. This doubles the erosion of normality, amplifying the tension that is a large part of each genre.

However, both genres also incline toward the protagonist being presented with evidence that they doubt or even flee: a reactive or passive progression rather than a proactive one. While Jordan does not cast Thomasine merely as observer, enough of the plot’s progress relies significantly on the actions of others rather than Thomasine’s that some readers might feel she is along for the ride rather than the driving force in changing matters.

The potential wrongness beneath the surface in an out-of-the-way town is skilfully filtered through the narrator’s perspectives rather than stated openly. To a twenty-first century urbanite, being born, working your family’s farm, marrying, working your own farm, and dying all in the same place does seem claustrophobic; but there are no overtly strange rituals and her narrator is also aware of the support this closeness might offer, which prevents the almost universal hyper-traditional values from appearing definitely creepy rather than just unsettlingly other.

Where Elizabeth does deviate from the slow revelation of ghost stories and folk horror is in occasional use of a second narrator from a much earlier timeline experiencing some of the mystical events behind the current situation. While the dramatic irony allows the reader to know that Thomasine’s fears have basis, some readers might find it makes the story neither filled with enough uncertainty to truly capture folk horror nor certain enough to assess whether Thomasine’s choices will lead to success.

Thomasine is a solid protagonist for the story. As a socially awkward teenager, she both craves a place and is poorly skilled to achieve it, both believes utterly she is right and has immense self-doubt. This amplifies the sense of otherness needed for slow-burn horror. Unfortunately, the internal dissonance of adolescence can also cause her to pull back from action more than a younger or fully adult protagonist might.

The supporting cast are, unsurprisingly, defined by a sense of having another life off page. This adds a sense of depth to the tropes of small-town life without weakening the sense of uniformity that supports Thomasine’s sense of not fitting in.

Overall, I enjoyed this book but felt the protagonist wasn’t for me. I recommend it to readers seeking young adult horror that focuses on paranoia and otherness rather than more visceral threats.