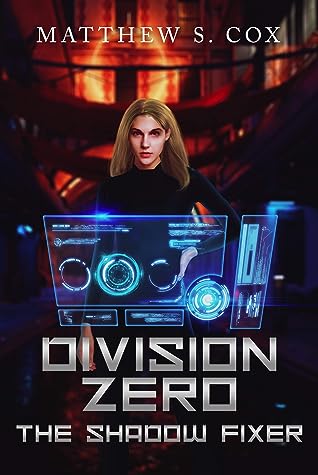 Cox merges science-fiction, the supernatural, and classic detective drama to produce a story where each enhances the others.

This is the sixth volume of Cox’s Division Zero series. Spoilers for previous books might leap out, rise up, or otherwise manifest after this point.

After fighting creatures of the Abyss, reports of ghostly property damage and invisible fumblings feel almost like a rest for Kirsten Wren. However, as the manifestations start occurring faster than she can finish the reports for the previous ones and some turn deadly, she must find the underlying reason before the city is overrun.

As with previous volumes, Cox skilfully blends police procedural, cyberpunk, psionics, ghosts, and ongoing personal plots. While Kristen’s powers and technology do give her certain advantages, as the only person on the force able to see ghosts—and one of the few to believe in them—she is both barraged with reports of every possible supernatural event and faced with disbelief when she attempts to resolve them.

However, Cox does not rely on the flashy aspects of his world: at its core the plot is driven by the ubiquitous detective methods of looking for patterns in evidence and playing hunches.

In parallel with Kirsten’s struggle to balance attending new incidents and devoting time to investigating for root causes, her happy home life becomes another potential obstacle: looking after any preteen boy takes work, let alone one with psychic powers, and romance requires at least some romancing. Having only her own terrible upbringing to show her how parenthood shouldn’t be, and only a mind-controlling cultist ex to show her how loving relationships aren’t, Kirsten continues to agonise over the ordinary. As well as providing a contrast to the grittiness of psionic policing in a techo-dystopia, it offers a pleasing change from the brilliant but anti-social loner with an unhealthy lifestyle trope that often features in detective dramas.

As testimony to the depth of Cox’s world-building, despite being six books into the series, the supernatural aspects of plot retain a sense disturbing uncertainty while also feeling consistent and explicable in hindsight.

While the plot is filled with investigation and supernatural creepiness, Cox does not sell the cyberpunk aspects short. There is plenty of fast-paced action with even driving across the city on a routine journey liable to be dialled up to eleven and lit in neons.

Befitting a detective story featuring happy home life, the thread of humour that Cox inserts into all his books centres around the slightly off-colour banter of police officers and the slapstick of child-raising.

Kirsten remains a highly sympathetic protagonist, torn between her inclination to save people, her desire to stay alive for Evan, and her awareness that she does need to rest eventually. In addition to the existing worries her job brings, Cox implies an unconscious concern that—as Evan can also see ghosts and is only a few years younger than police cadets—if she fails to stay on top of things, he might be “strongly persuaded” to volunteer for active duty.

Evan—while not a point-of-view character as he was in Book 5—remains a strong and engaging presence, offering the reader a different but equally realistic perspective to Kristen’s on how an abused child might react to a better life.

The supporting cast, both returning and new, are nuanced and varied, providing a strong sense this future is a real world as complex as our own rather than a backdrop for the plot.

Overall, I enjoyed this novel immensely. I recommend it to readers seeking fast-paced investigation with depth.