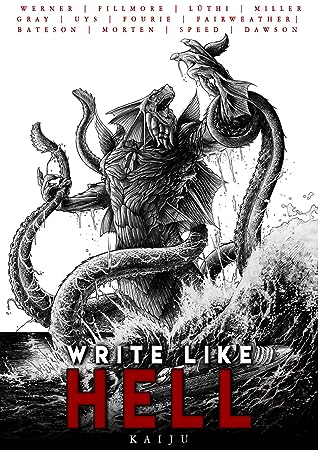 Ranging across genres, locations, and time-periods, this anthology provides a variety of perspectives on the question “How might humans act if giant monsters were real?”

This anthology contains twelve kaiju tales, united by the presence of some immense creature or creatures but spanning genres from horror to romance.

Overall, this anthology feels well-balanced. While each of the stories is shaped by actual giant monsters, each takes a different perspective on how kaiju might impact humanity avoiding the book becoming simply a chain of fight scenes against immense horrors.

Thus, while not every reader will love every story, the anthology offers a broad enough range that any reader intrigued by the idea of “a world where giant monsters exist” is unlikely to be disappointed. Similarly, those readers who like to devour books in a single sitting.

This also extends to the characters. Although the tone centres strongly around the fast-paced action of classic kaiju, the protagonists are diverse rather than classic action heroes, including sympathetic tribal viewpoints, historically accurate female vikings, and caring fathers.

The only real issue, and it is not a large one, is with the occasional error that has slipped through proofing. Depending on reader sensitivity, these might break immersion; however, the stories are engaging enough that this is likely to be a brief surfacing.

Overall, I enjoyed this anthology. I recommend it to readers seeking a range of interesting perspectives on giant creatures.