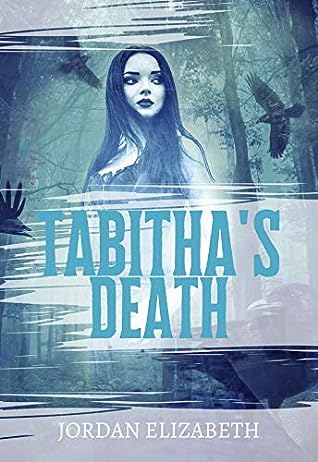 Elizabeth blends the intimacy of despair with the universal resonance of fairy tales, creating a bleak yet engaging young adult fantasy novel.

While Elizabeth handles the topic sympathetically rather than seeking to titillate or shock, readers should be aware this book contains overt mentions of self-harm and suicide.

The death of her best friend unravels seventeen-year-old Tabitha’s life, driving her to suicide. Instead of dying, she finds herself caught between realms by the Gray Man. He claims that if she completes a task for him, he’ll let her die. With the alternative being an eternity of pain she agrees; however, as she discovers more about what she must do, she must decide how far she will go to gain release—assuming the Grey Man is even telling the truth.

Elizabeth opens with a series of new traumatic events intermixed with ongoing issues and reminders of past trauma, interspersed with moments of potential happiness. This creates a highly plausible image of why someone might take their life, free from the false tropes of “weakness”. Thus, while readers might not think they would commit suicide under Tabitha’s circumstances, they are likely to sympathise with a protagonist facing extreme challenges rather than reject her out of hand.

This portrayal also doesn’t sugar coat the pain and horror of self harm and suicide: Elizabeth’s descriptions are in no way the beautiful scenes of high romance; they are the opposite of cool or trendy.

In contrast to the visceral portrayal of despair and self-destruction, the events and scenery of Tabitha’s attempts to earn death are filled with fantasy tropes and stark shadows, giving them the feel of early fairy tales. This both provides a respite from the bleakness of Tabitha’s despair and prevents that sense of bleakness becoming weakened by constancy.

Despite this interweaving, Tabitha’s suicidal thoughts are frequent enough that some readers might find the plot overly dwells on them.

As the plot unfolds, Tabitha encounters other victims of the Gray Man who claim he will not keep his promise or who have gained the alleged protection of another powerful being in exchange for a different set of compromises. This both builds a sense of paranoia and challenges the idea that Tabitha’s choice is between earning death and eternal torment, or that she even has a choice.

Tabitha is a skilfully crafted protagonist. Her decision to kill herself comes from others betraying her sense of fairness. Thus, while she is willing to harm herself, she wishes to avoid others, creating a powerful struggle between the part of her that does not want to remain in painful half-life and the part of her that does not wish to do bad things even to bad people. These repeated betrayals in her life also enhances the difficulty of choosing who to trust on her quest.

The supporting cast are similarly complex. As might be expected from a book about a being enslaving those who commit suicide, there is a strong theme of despair; however, the Gray Man’s servants each have nuances of personality and experience that make them display a unique mix of anger, acceptance, and even love. Those opposing the Gray Man also possess this mix, appearing not obviously better than him but merely less worse in certain areas.

Overall, I enjoyed this novel. I recommend it to readers seeking dark fantasy that draws its grimness from character trauma rather than circumstance.