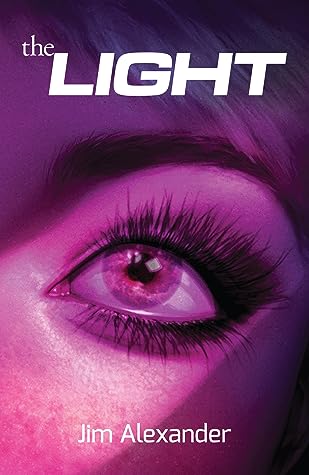 Alexander portrays a world fundamentally different from our own yet also almost identical, creating an exciting and immersive tale that also casts a light on humanity’s relationship with death.

Following a sublime event, humans gained the ability to know that this is the day they will die—although not how. A knowledge that can be confirmed by a quick non-invasive test. Years later, society has internalised this change and settled into a new normal not much different from the old; but still different. In a series of interlocking narratives, Alexander explores how people might face their death if they had one day’s notice.

The majority of this novel covers several days in the life of Si, a man whose life is thrown into chaos by the last day of a work colleague. This use of a protagonist free of imminent death both frees the viewpoint to observe the world rather than fixate things relevant to the self, and permits the events to cover a longer span of time; combined, this creates a sense of continuity and commentary that prevents the book becoming a series of disconnected snapshots.

Where Si’s experience acts as“normal”, the vignettes and flashbacks which form the remainder of the book provide contrasting perspectives on how the current society came to be and how those of other nations and social situations face scientifically provable imminent death. Alexander’s skilful balancing of breadth of experience with returning to characters at different points—whether from their own perspective or that of others—show glimpses of how people’s lives are shaped by this new situation and how their true reaction might not be known even to them.

Alexander’s use of a series of vignettes across the period since the first predicable death also shows how the existing laws and conventions are the natural product of government and social inertia quelling each crisis as it arose; thus, the dystopian aspects are realistic evolutions rather than something placed before the reader with the expectation they will not question the premise.

Perhaps the greatest strength of this novel—offering sympathy and horror in equal measure—is how plausibly normal everything remains. There are new structures and rituals around death, but otherwise society has absorbed this immense revelation and carried on much the same, treating death prediction in the same way as the mobile phone or other disruptive technologies rather than gaining the extreme factionalism or fringe cults that some science-fiction suggests arise in the face of a massive change in humanity.

This lack of stark variation or extreme action might in another way be the books least plausible aspect. Individuals react to the knowledge of death in a realistic gamut of ways, and the rich and powerful have the same improved access to more hedonistic and bespoke last days, but the nations of the world seem homogeneous; save for asides regarding certain cultures embracing the idea of putting death checking in the home or others having only sparse testing machinery, every country seems to use the same mechanisms. Even accounting for Alexander focusing on the Western world and Russia—and thus merely not showing any differences there might be in the Middle East or Asia—the absence of even casual irritations equivalent to attempting to use one’s mobile phone or bank card abroad might leave a slight sense of over-simplicity in some reader’s minds.

Si is a sympathetic and complex protagonist, possessing conflicting drives and interests that both make his efforts to cope more challenging and make his character more interesting to follow, yet also possessing the imperfect will and focus that make him more an everyman than an exemplar of individualism or charity. His mostly happy marriage happens to be a homosexual one in the same way that the mostly happy marriages of many protagonists are heterosexual.

The other viewpoint characters are both similarly complex and distinct from each other, providing a mostly sympathetic perspective on a variety of reactions to both individual death and the wider situation. The exception to this is the President of the United States, who—while not named—is a thinly veiled copy of a real world figure that one hopes is exaggerated for effect.

Overall, I enjoyed this novel greatly. I recommend it to readers seeking science-fiction that is focused more on exploring the impact of a single change on human experience than on space battles and alien civilisations.