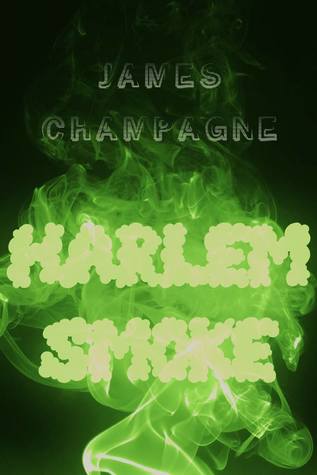 Champagne blends psychogeography and philosophy with pop culture and torture-porn to create a post-modern collage of Lovecraftian dissonance.

Nearly a decade ago, Isaac Grimalkin (under the name of the Reznorian pseudo-group ‘Dunwich Posse’) released “Harlem Smoke”, a Lovecraftian horrorcore hip-hop album. Abandoning his burgeoning music career when murderers and suicides cited his work as “inspiration” for their actions, he channelled his love of weirdness into commissioned paintings. Commercially successful and working out lingering issues in therapy, when a music magazine ask for an interview about the album, he feels settled enough to agree. However, when a string of recent murders reference his songs, both the police and Isaac himself start to question whether there is a deeper connection than a twisted fan.

This novel is woven from several threads: the gritty police thriller, homosexual romance, and possibility of incomprehensible horrors implied by the author’s own description, but also music, philosophy, and the geography and history of Providence, USA.

The latter of these threads are presented almost exclusively in a style that is likely to divide readers. Rather than the focus on plot-advancing details—with some spread beyond them to show character or add uncertainty—common to many modern novels, Champagne presents extended discussions, explanations, and musings on every topic; thus, many scenes have the feel of an article in a music magazine, a seminar on the bleaker edges of philosophy, or a thick guide book.

Although these sections are neither dense nor tedious, they are also neither tense nor the minority—at least for a significant part of the novel—creating an overall experience that is very different from most crime or cosmic dread stories.

In addition to his choice of topics to present in depth, Champagne uses a number of distinctive prose structures that might add colour or distract depending on the individual reader; for example, whenever a character decides to put an album on or some similar action they do not ‘put on {album}’, they ‘put an album in their CD player and press play, that CD being {album}’.

That these two features of the book are deliberate choices rather than issues uncaught in editing is shown by the description of the crimes, the investigation, and the possible Lovecraftian aspects: each is as visceral and fast paced as the expositions are cerebral and measured.

And by a lantern-hanging comment by Isaac to his interviewer that if their conversation were in a book readers wouldn’t accept people talked like that.

The romance subplots are graphic in places yet not gratuitously so, portraying two different plausible images of modern homosexual loneliness and attraction.

Isaac is a protagonist revealed almost entirely by his emotional connection to art and philosophy, a situation entirely suitable for this book. The readers is presented with multiple facets that could inspire sympathy: where his inclination toward anti-natalism and other bleak world-views might not resonate, his equal interest in music or architecture might. This preference for inference from conflicting evidence also aids in integrating the uncertainty of the supernatural.

While the supporting cast display a tendency to exposition proportional to which threads they appear in, the same overall assembly from commentaries and asides on other matters exists; ironically, least so in the police investigators whose job does turn on constructing current truths from extended analyses of the past.

Overall, I enjoyed this novel greatly—although more as a switching between two books, a work of Lovecraftian philosophy and an occult thriller, than as a single experience. I recommend it to readers seeking cosmicism that does not fall back on tentacles and degenerate cultists.