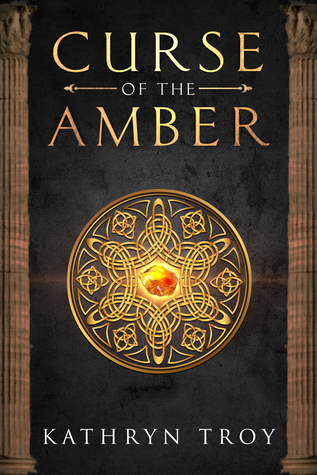 Troy balances universal human qualities with unsettling magics, to create a novel that will appeal to fans of both supernatural horror and paranormal romance.

When Asenath Hayes uncovers not just a mummified man in the peat bogs of Anglesey but the best preserved one in recorded history, she hopes it will provide the sort of insight into ancient Druidic practices that can make an archaeologist’s career. But when the body awakens late one night, she chooses compassion over glory and sneaks him out of the university lab to her home. Over the next few days, her Latin—bolstered by a translation app—is enough both to discover her new guest is Quintus, a Roman cursed by a hidden remnant of the Druids, and to turn mutual attraction into something deeper. However, a “missing” specimen of immense significance is enough to turn her relationship with her academic supervisor—and former lover—from constant criticism into outright feud.

Troy skilfully balances technical details with lay accessibility to create a plot that is grounded in genuine archaeological theories and practice without feeling like a text book. In addition to adding a sense of realism, the firmness of this foundation creates an underlying feeling that the initial mysteries of Quintus’ bog burial and resurrection will be solved, allowing the tension to build without equal annoyance that the answers haven’t appeared. It also provides a contrast to the more fantastical side of the plot, making the ritual seem more magical without needing it to move as far into the implausible.

The investigation of the “missing” body is equally engaging. The authorities, both university and civil, are confined by reason. Whereas Asenath’s supervisor vocally pursues the—ironically correct—theory that Asenath has taken the body from the lab and hidden it, his bitter fury exposing Asenath to both stress and constant attack but also casting her more in the role of victim than perpetrator to everyone else.

Intermixed with Asenath’s investigations into the bog burial and her worried attempts to conceal Quintus’ whereabouts, are scenes from Quintus’ viewpoint. Those in the past provide a pleasing lay perspective on the events leading to his inhumation, both providing the reader a more immersive experience of what happened and why than narration after the fact would, and more plausibly explaining why Quintus isn’t better aware of what happened to him.

While scenes from Quintus’ viewpoint in the present are the classic time-travel trope of “customs are strange and modern technology seems like magic”, Troy anchors them in the idea that other times and cultures are different rather than lesser; thus, while industrial society is overwhelming at first and mistakes occur, there is no comical fleeing from demons or other privileging of modern Western society.

The romance between Asenath and Quintus is flavoured by the rest of the plot but mostly holds to that most common trope: assuming something rather than discussing it. As this self-inflicted stress is not overdone, in tone or extent, it is likely to engage readers who enjoy characters struggling with love while not irritating readers more interested in the fantasy and investigation sides of the plot.

Where readers are likely to be polarised is in the use of Lovecraftian echoes. With a protagonist called Asenath, many of the events happening in Arkham, a dinner party held by the Whatleys, and other such mentions, readers familiar with Lovecraft are likely to anticipate that it is a Mythos story. However, although archaeologist is a classic Lovecraftian protagonist, the tone is very much human horror rather than cosmic dread. Thus, some readers might feel misled or robbed when their expectations are unfulfilled.

Asenath is a well-crafted protagonist. The daughter of a famous archaeologist, she has a strong motivation to prove she is competent on her own merits; and thus is all the more conflicted between Quintus as a man and Quintus as a source of insight that almost guarantees academic glory; while her constant inclination is to protect Quintus—rendering her greatly sympathetic—it would be suspicious if she just stopped studying the bog burial that she discovered and would prevent her uncovering what really happened to Quintus; two investigations that also conflict with each other.

The supporting cast are pleasingly complex, defined by their beliefs and motivations rather than the characteristics they display; thus, their behaviour becomes the most unpredictable—and thus dramatically engaging—when the situation is most tense.

Overall, I enjoyed this novel greatly. I recommend it to readers seeking a supernatural horror novel with an interesting premise that focuses on uncovering the strangeness behind the veil of normality rather than shock and gore.