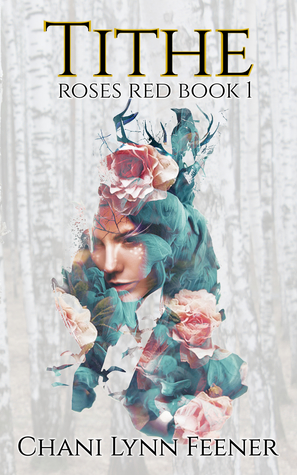 Feener merges the traditional myths of the fairy tithe to hell and the power of a willing sacrifice, providing a fresh and plausible reason for that competition between teenagers which defines one subgenre of young adult fiction.

One of Arden Archer’s ancestors was cursed to see the Unseelie; a curse that has travelled down through the women of her family, sending her mother to an early grave and threatening to do the same to both Arden and her sister. However, Mavek, one of the rulers of the Unseelie, offers her both a strange romance and a way out. Every seven years, the Unseelie must offer up a pure strong soul, a soul they find by testing humans against each other; in exchange for voluntarily surrendering their soul, the curse affecting them will be broken. It won’t give Arden back a normal life, but it will save her sister from the same fate as their mother. But, as the day of testing approaches, the arrival of Eskel, a young man with an almost obsessive interest in the Unseelie, casts doubt both on Arden’s fitness for the Tithe and Mavek’s honesty.

Feener’s Unseelie are every bit the fickle, cruel, and dissolute fairies of darker myths, the very ideal of creatures who would play horrific games with humans to pass the time; it is therefore ironic that their need to find the strongest of souls to sacrifice provides a much stronger motive for pseudo-gladiatorial competition between teenagers than many of the dystopian futures and oppressive regimes that appear in this vein of story.

Equally, Arden’s desire to end a curse is an immensely powerful reason to participate: unlike the iniquities caused by divided human societies, no amount of rebellion, flight, or hard work can overcome—or even reduce—the impact of a magical curse.

Also unlike the usual young adult novels in this vein, this is a personal battle not a battle to free a people or inspire a rebellion. As such, this novel is less likely to irritate readers who find the chosen saviour trope ridiculous.

Feener’s use of another classic young adult trope—the protagonist caught between two possible love interests whom they doubt are truly interested in them—is equally plausible. Mavek is an ancient inhuman being from a race of cruel tricksters and Eskel is a stranger whose almost first words are the danger of revealing one’s true name, so either of them could easily be misrepresenting their interest for nefarious purposes.

As one might expect of a story about fairies, things are indeed not quite as they seem. However, the reasons behind apparent betrayals and the tactical witholding of information are more interesting—and realistic—than the tired stereotype of “some things needing to be earned to be meaningful.”

Unfortunately, Feener’s efforts at plausibility also create the largest potential negative for some readers: her teenagers act like teenagers. So, while events and interactions are nuanced, readers who dislike high-octane emotions and naïve decisions may well feel frustrated at some points.

Arden is a well-crafted protagonist for the plot. Her ability to see Unseelie has shaped her interests and behaviours but she is not a genius who happened to be the child of famous occultists, so her reaction to events is neither flailing nor consistently skilled. This interaction with a world most cannot see also shapes the rest of her life: she desperately wants the comfort and support of a normal teenage life, but conceals her greatest issues from her friends for fear they will think her mad, undercutting what normality she can find.

The supporting cast are similarly interesting characters: the Unseelie display both a common otherness that avoids them seeming human and individual quirks that allow for the possibility of relationships with humans; and the humans are neither wilfully blind to strangeness nor casually accepting of everything.

Overall, I enjoyed this novel. I recommend it to readers seeking a modern fairy tale that ticks all the classic young adult boxes without feeling merely rote.

I received a free copy provided without incentive via a review request service.

This review is based on an advanced copy received several months prior to publication, so does not comment on minor issues of spelling and punctuation.