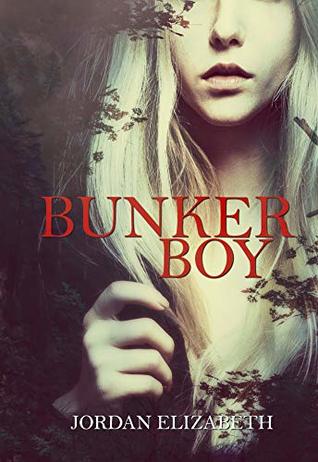 Elizabeth shrinks the post-apocalyptic settlement trope down almost to a single family, starkly portraying how close the edge of human control becomes without ubiquitous civilisation.

One moment, Zara is wondering whether her uncle will turn his music down enough that she can revise and what the searing flash outside the kitchen window is. The next a nurse is bending over her explaining she’s been in a coma for years after a biological attack on the United States and that she’s in Outpost Eight, a former resort converted to a fortress for survivors. Still in shock, Zara discovers that—like all women of childbearing age—she will be chosen as a wife by one of the single men and remain under virtual house arrest from then on. When that husband turns out to be Cliff Andrews, the son of the outpost’s leader, she isn’t sure whether that has made things better or worse.

From a bioweapon attack to a government-created survivalist camp in a repurposed holiday resort, Elizabeth portrays a world free of the stylised factions and melodramatic death games that many examples of the genre, young adult and adult alike, display. This absence of theatrics denies the reader distance or deniability, making events not just plausible but visceral.

While this inescapable feeling that only a thin veneer separates our own world from the brutally sexist society of Outpost Eight does make the story uncomfortable, Elizabeth does not allow the narrative to wallow in the bleakness: this is a tale of action, not a story of endurance or a thinly veiled polemic; while Zara does suffer set backs, she advances.

Unlike many stories of forced marriage, this one has no secret lover or attractive other to add romantic tension. Instead, Zara’s conflict is within the marriage: unlike his father, Cliff is a mild-mannered person; thus any greater freedom of expression or action that might allow is balanced by an equal failure to protect her from his father. This leaves her caught between rejecting the only ally she might be able to find and building a relationship that might bring no advantage.

This dilemma is rendered harder by Cliff having a daughter from his previous marriage, so abandoning the relationship will involve abandoning a young girl.

In addition to the pervasive challenges of a strongly patriarchal society and post-apocalyptic scarcity, Elizabeth weaves a thread of looming threat: Cliff’s previous wife died under unfortunate circumstances and the demeanour of others seems shiftier than mere grief would cause. The evidence of what might be going on behind the scenes is skilfully balanced, neither leaving the reader with nothing with which they can narrow their theories nor making the truth obvious enough that Zara’s failure to recognise it becomes irritating.

As with most mysteries, some readers are likely to deduce the answer before the protagonist. However, the plot focuses equally on Zara’s reactions as on the mystery itself, avoiding any sense of flatness or ennui.

Equally, the answer is plausible in hindsight and reachable upon the evidence, ensuring those readers who didn’t get there first will not feel Elizabeth has deliberately concealed the truth.

Zara is a sympathetic protagonist. As the opening scenes prior to awakening in the outpost show, she is smart but not brilliant and decent but not saintly; thus she appears both capable and deserving of success, but also ill-suited to thrive in a society unlike the modern urban United States.

Perhaps fittingly, Cliff’s presence seems less than his actual page time: he is more than a passive source of information or contrast, but is notable mostly for what he is not: he is not abusive; he is not worthy of his status in his own right. His one defining quality, and it is this that ensures he is not a cypher, is that he is a loving father.

The supporting cast are almost stereotypes. While this might be a flaw in many books, here the lack of nuance reinforces the sense of claustrophobia: even when Zara can interact with someone other than her husband and step-daughter, that interaction is curtailed enough that she gains no insight into who they are as an individual.

Overall, I enjoyed this book. I recommend it to readers seeking young adult drama set in a deeply realistic rather than cinematic universe.