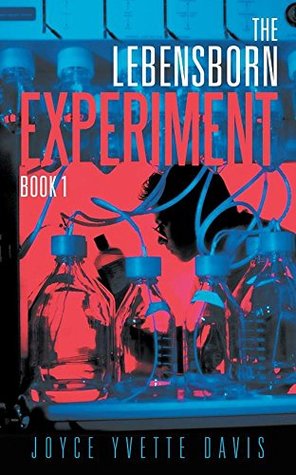 Davis mixes real historical attitudes and events with Nazi super-science to create a war story that is driven more by character than flashy effects.

Adok is one of many non-German children believed to be of superior Aryan stock taken by the Nazis to build the next generation. But, rather than being adopted by a “pure” family, he is taken by Dr Josef Weiss, a scientist on the verge of creating immortal super-soldiers. While the experiment is a success, a lab accident grants Sergeant Kapp Johnson, a black prisoner of war intended for a painful death, the same superhuman advantage, compromising the security of the facility. With Allied troops rapidly approaching and Hitler dead, Weiss flees with his nephew, Adok, and his surviving SS minders.

While the idea of secret Nazi super-soldier experiments in the boundary between science and magic has been around for a while, Davis provides an engaging version of the trope.

While the serum does grant immortality, the subject dies and returns to life a certain amount of time afterwards rather than gaining indestructibility. Thus, they may be—at least temporarily—defeated by pain or physical damage.

The serum also enhances the subject’s most exceptional traits: for example, Adok’s pre-existing love of climbing becomes an ability to scale sheer stone walls without equipment or effort. This makes each transformed person somewhat unique rather than a generic superwarrior in the mould of Wolfenstein.

Davis also uses socio-political challenges to limit the use of immortal power, avoiding the escalation that comes from opposing superpowers with superpowers. With only the few vials of serum he had to hand and no way to make more, Weiss is loathe to use them on any but the most exceptional of people, replacing the banality of him turning all his SS minders into supersoldiers with an additional layer of conflict within the group.

Conversely, Johnson’s biggest challenge comes from keeping his situation secret. Escaping from the Nazis is easy with immortality and enhanced physique, but the Allies aren’t free of racism so using those same powers to save Allied troops risks the US deciding a black man with superpowers is a threat to the “proper” social order.

The novel opens with Johnson and Adok receiving the serum, then moves back and forth between that present and events from their pasts. Davis balances this well, maintaining the tension of weird-science-packed war story while providing the deeper experience of the characters without powers that makes them more sympathetic.

Where this book might be weaker is in the level of description of clothing: Davis frequently includes a detailed image of what a character is wearing when first encountered. Although some of these might be characterful, such as Adok noticing that a uniform fits a female teacher well, many of them do not provide more meaningful information than mentioning the character was, for example, uniformed would. As such, many readers might find the descriptions a distraction from the plot while some might even feel the focus is implausible for a story seen entirely from the viewpoint of men and boys.

There are also a number of odd grammatical choices (such as Pit bull rather than either Pit Bull or pit bull); however, these are minor and infrequent so are unlikely to provide much irritation to most readers.

As is made very clear by the title, this novel is the first part of a series. The questions of how each enhanced character will handle their abilities in the longer term are therefore left unanswered. However, the immediate arcs of Adok and Johnson are resolved, avoiding the feeling that the story is cut in half.

Overall, I enjoyed this novel. I recommend it to readers seeking a weird science thriller.