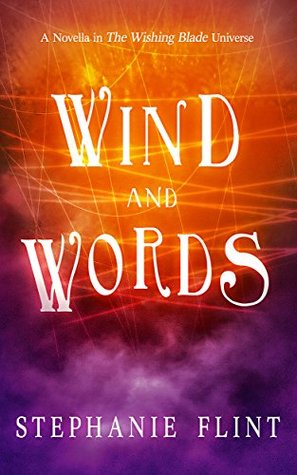 Flint blends an interesting magic system with a very personal challenge to create a quest that has a feel of real consequence without the scale (or the weight) of epic fantasy.

This book is the second in the Stone and String series. Possible spoilers ahead.

Edyli rescued her from the land of the dead. As punishment, the goddess of death tore away one half of Edyli’s soul leaving her a cursed being, unable to die or even rest. Driven from her home, Edyli is drawn to a girl living in the woods, a girl who lacks the opposite half of her soul. Restoring the girl might be enough to regain divine favour or cost Edyli what remains of her sanity.

The story takes place at the same time as the start of Flint’s Wishing Blade series with some of the plot driven by the changes in magic that occur in that series. However, this book focuses on the social and metaphysical consequences rather than on the reasons for the changes, and thus readers will require no familiarity with the parallel series to understand this one.

In contrast, some readers (especially those familiar with both series) might find the level of explanation a touch repetitive or dry.

Both Flint’s premise, that some human traits are benefits of mortality, and the story built around that idea are skilfully developed, as is the idea that living beings are intended to have both life and death energy so beings who only have one will display a strange combination of attraction and opposition.

Perhaps because this is a novella rather than a short story, Edyli feels more rounded in this book. While her utter belief that she was right to defy death remains, she displays a devotion to the god of truth that better demonstrates her choices come from passion not arrogance. In addition to creating the sort of self-imposed obstacles that real people tend to face, this mix of impiety and piety conjures the sense of actual pantheism much better than the binaries between devout to all gods and not devout to any that appear in some fantasy.

The supporting cast display a similar complexity of belief and morals, each placing submission to various gods, family, society, intentions, and goals in a different order. Thus those who shun Edyli (or don’t) do so out of a varied mix of actual moral fervour, conflicted drives, and self-interest, adding a plausible layer of humanity to divine action.

Overall, I enjoyed this novella. I recommend it to readers seeking fantasy that explores the impact of being cursed or those seeking broader experience of Flint’s magical system and world.