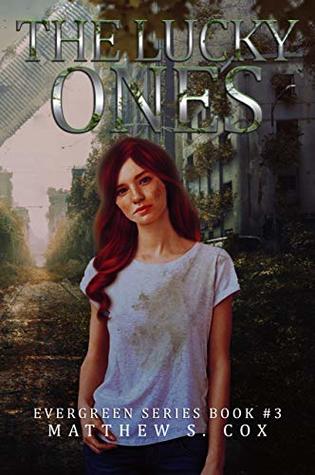 Cox mixes nuanced characters and plausible consequences of civilisation collapsing to craft a young-adult post-apocalyptic tale that provides intensity without resorting to stereotypes.

This novel is the third in the Evergreen series. Risk of spoiler contamination beyond this point.

In the eight months since nuclear strikes shattered the United States, Harper Cody has transformed from the sweetest girl in her class to a hardened member of Evergreen’s militia. However, the approach of her eighteenth birthday—a reminder of the comfortable Western adulthood she’ll never have—threatens to strip away the shreds of happiness she’s gained from her new home. A home that, with stumbling agriculture, depleting stocks of pre-strike goods, and roving bands of desperate survivors, might not last the year.

Cox continues to skilfully craft the portrayal of a realistic post-apocalyptic society struggling to rise from the ruins that he presented in the previous volumes. As before, the narrative is one of resource management and plausible risks not dramatic set pieces and leather-clad cannibal road gangs.

However, again as before, this is not an exercise in dry prediction. While Cox keeps his story focused on the probable, events are framed in emotional rather than logistical terms, making this a tale about the wider human costs of scarcity, about how people balance hope and pragmatism, decency and survival.

Harper continues to be an engaging and nuanced protagonist. Her fundamental drive to protect her sister remains, but—after several months of Evergreen being mostly safe and stable—this has shifted, allowing space for other concerns. Concerns that she addresses with the same mix of self-doubt and courage that resonate through the previous books. It is this tendency to think and rethink that might reduce some readers’ immersion: whether it is solely a representation of her character or a stylistic choice to reflect the core audience, Harper’s narration occasionally reiterates explanations for things, creating—at least for some readers—a feeling of overactive reminders.

Conversely, this frequent thinking upon matters is likely to provide readers unfamiliar with previous volumes context, increasing the chances this novel functions as an entry point to the world.

The supporting cast are similarly complex, each displaying a core similarity to their pre-strike selves but presenting with varied—and sometimes contradictory—reactions to the new challenges of the world.

Overall, I enjoyed this novel greatly. I recommend it to readers seeking exciting yet realistic post-apocalyptic adventure.