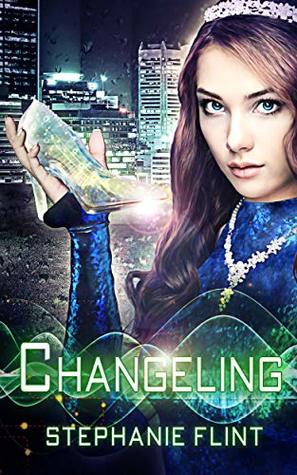 This novel is the second in the Huntress series. Danger of atemporal data acquisition ahead.

Following the fall of President Koenigin, members of Koenigin Corporation are manoeuvring for advantage and outside forces are demanding independent investigations of alleged crimes. The interim President claims to want to clean up the corporation’s act, but even if he can be trusted, will he survive long enough to effect change? As part of his attempt to improve matters, he appoints Verdi ambassador to the Society for Natural Progression. For Verdi, the chance to be close to Maria Snow—the woman she loves—is amazing, but nothing in huntress training has prepared her for social occasions and high politics; and before she can learn anything, she finds herself under house arrest accused of murder.

This novel picks up almost immediately after Huntress, in a situation where the characters—and thus the reader—don’t know what the fallout of Koenigin’s transformation into a changeling or the actions of various parties during her fall will be. This creates a solid basis for the paranoia and knee-jerk responses which keeps the plot rushing forward.

Verdi’s new role as ambassador moves her from the backstreets and industrial zones to the richest areas of the city, both expanding and providing a new perspective on Flint’s techno-dystopia; a perspective fuelled by the intersection of technology that can reshape flesh and no concern for cost.

Just as the previous volume was based on Snow White, this one echoes Cinderella. However, Flint’s use of references and metaphors is light, providing a pleasant sense of resonance rather than making the story feel like someone has put a layer of wires and flashing lights on the classic tale. While this story does not run contrary to the fairy tale, some of Flint’s echoes don’t play out in the most obvious way, and thus readers might find themselves surprised without feeling tricked.

Verdi remains a sympathetic and engaging protagonist: torn between her love for Maria and her love for the President she grew up with, she is unable to fully reject or embrace the aims of natural progress or the Corporation. Her mix of corporate espionage experience and social naivete similarly leave her struggling to both trust and be trusted.

The supporting cast are similarly complex, presenting diverse non-human traits that might plausibly arise from biological and nanite manipulation of humans and animals, while also having enough common aspects with humans to remain accessible to the reader.

Overall, I enjoyed this novel. I recommend it to readers seeking cyberpunk that is ultimately hopeful rather than unremittingly grungy.