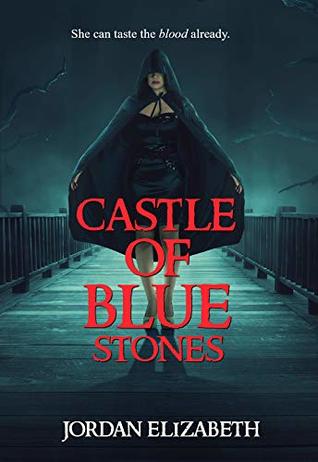 Elizabeth creates a claustrophobic variation on the young adult trope of plucky teen vs. dystopian regime that feels realistic yet fantastical.

Since she can remember, Jaisy has lived in the remote castle in the mountains, a castle the inhabitants can see only in shades of blue. The Guardians, leaders of the bureaucracy that sustains the inhabitants, warn that the world beyond the mountains is barely habitable after a disaster that covered the world in volcanic ash and robbed many of their memories. However, Jaisy is filled with a nebulous dissatisfaction, her free time spent trekking through the snow in search of something she cannot quite recall and her nights filled with dreams of ghosts and animals calling her name. A dissatisfaction that finds fuel when one of her friends claims to have discovered records that challenge the official narrative.

Elizabeth builds her narrative upon a common young adult trope: that of a low-status protagonist living in post-disaster dystopian bureaucracy. However, unlike the nation- or even world-spanning systems of some novels, this novel is set in a single small area with limited resources, making the development of a somewhat draconian social structure feel plausible.

This plausibility is further strengthened by the oppression being the imposition of hard work in jobs that the holders might not choose rather than a more baroque system of sporting vassalage or social engineering.

However, the book does have more fantastical elements, shifting the challenges beyond those of balancing living and having a life worth living: the strange hue shift in everyone’s vision adds strangeness to both the situation and the description; and the bureaucracy exhibits traits closer to the worlds of Kafka or Peake than one ravaged by purely natural disaster. Combined with Jaisy’s dreams and pieces of evidence that don’t tidily fit the official history, this creates a sense of paranoia and conspiracy that prevents her rebellion from seeming selfish or petty.

While it is difficult to discuss without spoiling the secret, and thus the pleasure of speculating, the reason behind this dissonance in history and social structure may cause some readers to question whether Jaisy is as oppressed as she seems. Thus, unlike many young adult fantasies, her opposition to the status quo lacks the sense of a glorious hero overthrowing a regime without virtue; whether this makes the struggle more or less enjoyable will depend upon the tastes of each reader.

Jaisy is an engaging protagonist, neither blindly believing she cannot be in the wrong nor meekly accepting the assertions of others that she is always in the wrong. However, while this displays as a realistic mix of self-doubt and determination when facing challenges from others, her reaction to—and subsequent rejection of—her past wrongdoing presents as shallower and easier than the scale of the matter might warrant; thus, some readers might lose sympathy part way through the book or feel cheated of the internal moral struggle they anticipate.

The supporting cast are pleasingly nuanced, with characters on either side of the bureaucracy displaying a mix of positive and negative traits; therefore, although the overall sense is still of plucky teen facing cruel system, the social structure feels like a single issue in a world of complex characters rather than a metaphor for good vs. evil.

Overall, I enjoyed this book despite not utterly rooting for the protagonist. I recommend it to readers seeking young adult fantasy with a solid yet not convoluted conspiracy.