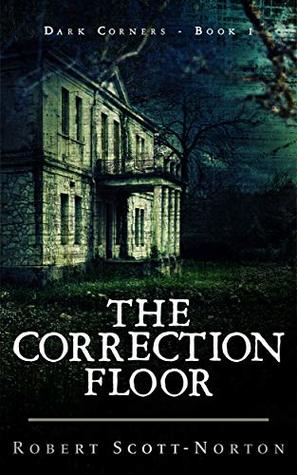 Scott-Norton creates a ghost story where the doubt doesn’t stop seeping in after the balance of probability has firmly tipped to the paranormal, and where no one is safe from permanent harm.

Seth grew up next to Ravenmeols Hospital, former asylum then children’s home, closed after the discovery of a Satanic cult within the staff. He thought he’d never go back, but the offer of a well-paying job as the official medium for ghost tours proves too tempting. He always tells his clients that the spirits can’t hurt them; however, as more powerful manifestations plague the tour he realises that, instead of laying his own demons to rest, he might be drawn deeper into nightmare.

The novel opens with Seth leaping from the roof of the hospital to escape some unspecified threat, then cuts back several days just before he ends his several storey plummet. This confirmation that events will drive Seth to extreme action but not what the threat is gives the reader a nebulous sense that something is going to go wrong that underpins the building tension of the ghost tour. The immediate revelation that the apparent protagonist is (barring a miracle) going to die horribly also makes it clear that no character is safe.

As with many paranormal horror novels, the basic arc is from a mature and modern doubt in supernatural evil combined with the same visceral thrill as a rollercoaster, through an escalating series of weird events that suggest a dark force but do not prove it, to the revelation of the truth to characters too scared to be reliable witnesses. However—as befits a tale woven from hints of the paranormal—the nuances make this more than a simple repetition of the framework.

Scott-Norton reveals the history and safety of Ravenmeols through several interweaving narratives: what the company organising the tour say, what participants have read/heard, what Seth tells people, and flashbacks to what Seth experienced as a child. The building dissonance between these last two both undercuts Seth’s stance that current events are unnerving but ultimately not dangerous, and makes the stated motives and beliefs of the other characters seem less certain.

This sense of doubt is further strengthened by the testimony closest to the potential horror, that of Seth when he lived beside the hospital, being delivered as flashbacks triggered by events; thus making it the doubly imperfect evidence provided by memories of a witness too young to be reliable.

The terrible uncertainty is especially present in the hidden evil itself, displaying enough similarity with reports of Satanic cult activity to confirm Seth’s memories and the rumours surrounding the hospital have some truth, but also performing actions that don’t fit the classic picture of demon-worshipping abusers.

Where the novel is more stereotypical, and thus less likely to generate uncertainty and dread, is in the choice of a former asylum as setting. Although Scott-Norton provides both immersive descriptions and personal resonances for the echoes of the hospital’s past, some readers might find the trappings of abandoned wards and evil doctors too familiar for true horror.

This novel both contains references to a wider paranormal fight and ends with an unexpected, if probably not unpleasant, undercutting of an apparent truth of the world, making it very clear that this is the first in a series. However, the events of the tour itself are brought to a clear conclusion. Readers are therefore unlikely to feel that they have been left hanging.

Seth is a well-crafted protagonist. Torn between the desire to keep people safe and the chance to answer questions from his past, he both remains heroic enough to be sympathetic while not becoming flat or saccharine, and serves to provide the reader with insight into the history and metaphysics of the world without challenging the plausibility of him then courting danger.

The supporting cast are similarly balanced, neither shallow enough to be tedious nor taken in a new direction without warning.

Overall, I enjoyed this novel. I recommend it to readers seeking paranormal horror that doesn’t offer the guarantee of evil being defeated by virtue alone.