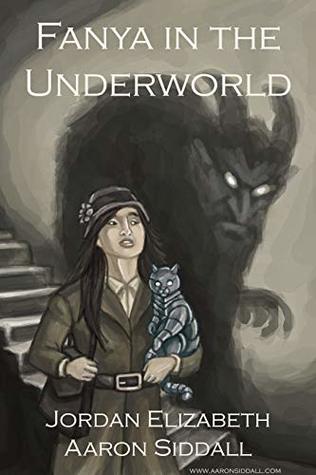 Mixing magic, steampunk, and colonialism, Elizabeth creates a fantasy tale that is fast-paced and personal without sacrificing depth and wider consequence.

Fanya’s father was her father’s rightful heir; Instead the Council granted her inheritance to her stepmother; an inheritance that is being sold to unscrupulous men and the profits frittered away. Hoping to protect her sister from poverty, Fanya petitions the Council again and again; however, rather than correct the injustice, the Council order her sister sold into servitude. Attempting to rescue her, Fanya discovers that her family is not what it seemed, and that she has more in common with the shamans of the wilderness tribes than she knew..

Elizabeth skilfully blends 19th Century Alaska with magically enhanced steam power, to create a landscape of temperature controlled bubble-cities and dispossessed mammoth-riding tribes. While this primarily provides a high steampunk aesthetic to the story, the improved mining and manufacture enabled by technomagic also provides an explanation for Russia profiting from rather than selling the land.

However, while the setting and events of the book do follow logically from the premises, the spirits, shapeshifters, and other mythical monsters that are part of the setting make this very much a fantasy story rather than an alternate history.

The main plot arc is epic rather than purely personal. Although this does result in a significant escalation within a shorter length than is usual for nation-affecting quests, Fanya begins the book facing a significant political injustice so the shift in scale does not feel abrupt.

While the main social division within the world is between the urban, technological, expanding Russians and the wilderness-dwelling, hunter-gatherer, dispossessed Alaskan tribes, each of these groups is divided internally by spiritual perspectives. This nuance maintains the fundamental question of whether living in tune with the land is more moral without turning the story into a simplistic paean to a less industrial time.

Instead, Elizabeth provides examples of harsh wilderness life to mirror the brutality of poverty in an industrial aristocracy, hungry spirits to mirror the acquisitiveness of the Church, and hospitable tribes to mirror the charity of priests.

In addition to creating a more realistic world, this creates a sense of trade-offs and uncertain morals that supports a narrative about political conspiracies and uncertain allegiances.

Fanya is a sympathetic character, both driven by and blinded by her obsession with restoring the perfect family life that she believes existed before her father died. A child of a high-status Russian and a tribeswoman, she is certified as pure but still vulnerable to the idea of impurity; this both leaves her at risk of accusation and unconsciously creates a drive to be clearly a noble Russian. This divided lineage also makes her reversal of allegiances when rejected very plausible.

The supporting cast are engagingly complex, existing in a happy medium between genre stereotype and confusingly unique. This allows an accessible yet fresh perspective on the tensions between religion, technology, and magic.

The book also contains illustrations by Aaron Siddall, between some of the chapters. These are in the same style as the front cover. While they are best seen on a larger screen, they are crisp enough to remain intelligible on smaller ereaders. Conforming to the narrative—but featuring no new information—they will either enhance or not detract from the experience depending on the reader’s opinion of Siddall’s style.

Unfortunately, there are a number of minor formatting issues in the ebook; while these do not interfere with meaning, the occasional unexpected difference in layout (such as a shift between indented and non-indented first lines) might damage some readers’ flow.

Overall, I enjoyed this book. I recommend it to readers seeking
young adult steampunk or (semi)urban fantasy that focuses more on adventure and conspiracy than romance and angst.