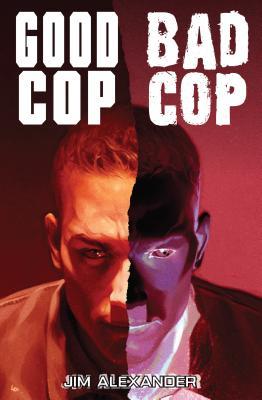 Alexander mixes an engaging crime thriller with questions on the morality of vengeance to create a novel that is both gritty and thought-provoking.

Detective Inspector Brian Fisher gets results; good enough results without proof of wrongdoing that review boards tend toward a favourable theories of events. But, rather than the binary of “good” or “bad” police officer that boards seek, Brian is both: a decent man attempting to catch criminals and protect the innocent; and a sadistic thug whose sudden violence is sometimes a surprise even to himself. With Glasgow providing crimes that would challenge a vicar’s mercy, can Brian find even a fragile balance or is he destined to shatter?

With a protagonist who is on the side of the law but prepared to be as mean as the streets they walk, this novel has a strong similarity to noir. However, Brian isn’t a detective with feet of clay, sinking to violence and skirting the rules because virtue feels too much like inaction; one half of Brian enjoys causing pain and injury—but only one half.

At its extremes, this balance between guardian of the weak and thug echoes Jekyll and Hyde; but—unlike that story—Alexander has crafted a world where some are almost all Hyde and no Jekyll, and Brian’s transition from one half to the other presents no definitive signs. Thus, the decent man displaying an excusable reaction when faced with a cruel or callous antagonist can escalate into a brutal and conscienceless figure without a signal that he has “changed”. This forces each reader to make their own decisions over what degree of violence is justified or excusable in each circumstance, and—where they might have acted as Brian did—whether the standards for police officers should be higher than those of ordinary citizens.

In contrast with many police dramas, the narrative is woven from parallel, unrelated cases at different stages. This both strengthens the sense of grimness that pervades Alexander’s Glasgow and moves the issue of the investigator’s personal problems from an obstacle to solving the case to the majority of the plot.

Both “bad” Brian’s actions and those of other unpleasant characters are described rather than left to implication. While neither the detail nor the tone are titillating or gratuitous, this is not a book for readers who wish to avoid torture or brutality.

However, this is still very definitely a crime thriller rather than an introspective story about a police officer or spatterpunk. The investigations are both engaging and iniquities deserving solution, creating a strong desire for Brian to solve the cases.

This is strengthened by Brian’s character. Whatever a reader might feel about “bad” Brian, “good” Brian is as sympathetic and likeable a character as many other decent coppers in police dramas.

The supporting cast are similarly well-crafted, each both a recognisable figure in a gritty cop thriller and a unique balance of virtue and imperfection.

Overall, I was very engaged by this novel (enjoyed might be the wrong word). I recommend it to readers seeking a gritty crime thriller that does not shy from the violence that can lurk in us all.