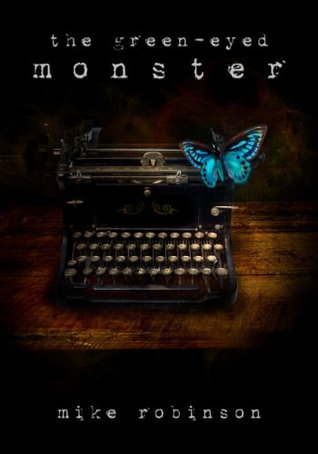 John Becker and Martin Smith have been almost images of each other since birth: born on the same day in the same town, a town where they have lived their entire lives, each has become a best-selling novelist, novels that almost—but not quite—seem plagiarised from each other. There is only one noticeable difference: despite their nigh indistinguishable successes, acquaintances note Becker seems jealous of Smith in a way Smith is not jealous of him. So, when Smith shoots Becker and claims self-defence, it seems an open-and-shut case; until the police notice anomalies, anomalies that hint at a deeper link between the two novelists and between several tragedies that have occurred in the town over the last decades.

With most of the action happening in an almost claustrophobic small US town, frequent extended flashbacks to earlier events, and use of dramatic irony to provide the reader hints of a hidden malevolence that the characters cannot see, this novel is likely to appeal to fans of Stephen King (a similarity that Robinson hangs a lantern on by having someone comment that certain events could have been inspired by King). However, the pacing feels faster than King and the reveals are less teasing, potentially avoiding the sense of slowly dancing around the topic that some readers experience with King.

While the book is about the lives of Becker and Smith from their birth to shortly after Becker’s death at the hands of Smith, the majority of the story is told from the point of view of others intersecting with one or both of them through the years. This provides the reader with evidence that some inhuman force exists while denying them the confirmation of the two novelists’ thoughts and intentions needed to know whether they are aware of this force and, if so, whether they are trying to serve or oppose it.

The motif of two almost-identical characters who seem to be both repelled by and attracted to the other, one of whom kills the other, further enhances this feeling of possible conflict and uncertainty as to which side is winning, a feeling Robinson maintains by placing the scene in which Smith kills Becker toward the end of the book.

In parallel with questions over which, if either, of Becker and Smith is in the right, the exact nature of the hidden force itself remains debatable for much of the book. The events that appear to stem from its intervention are certainly illegal, but the subjectivity of each narrator’s viewpoint leaves it unclear whether that intervention incites the worst aspects of events or merely facilitates a resolution that is tainted by the perceptions and flaws of humans.

Hence, echoing one of the common refrains imputed to Becker and Smith’s novels, this is a story that raises the question whether real evil is flashy and obvious, or banal and unnoticed.

The various narrator characters are skilfully crafted. Each is a sympathetic character who undergoes both successes and reversals and reacts plausibly to them, before facing a choice between a horrible tolerance and a satisfying resistance for which their past seems to have left only one answer. And yet each of them is also a unique character with unique motivations, leaving the reader with the potential dilemma of excusing a spree killer or condemning a betrayed innocent.

Robinson’s supporting cast are similarly complex yet coherent, providing a diverse range of characters united by a common hint of underlying stresses.

Overall, I enjoyed this novel greatly. I recommend it to readers seeking horror that mixes the mundanity of human flaws with subtle supernatural evil.