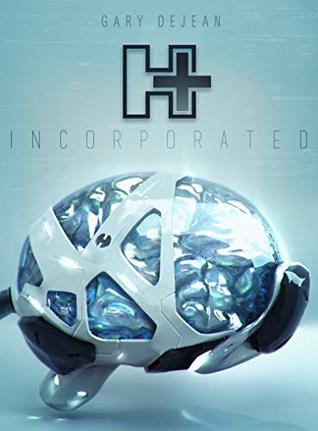 Dejean neither confines himself to the provably likely nor indulges in flights of fancy, creating a story that is both futurist narrative and cyberpunk thriller.

When disastrous floods hit Manila, political corruption let corporations buy not only an unfair share of safe ground but a tighter hold on government itself. Already reeling from the loss of family, friends, or homes, more and more ordinary citizens find themselves replaced by increasingly sophisticated automation. As slim consolation, these advances also grant the injured or disabled access to cybernetic prostheses or even full-body replacement. With anti-robot demonstrations at risk of overwhelming the police, one corporation sees an opportunity to move from being above the law to being the law. However, a support group for those coping with prostheses might become the core of the resistance—if its members can put ethics ahead of a comfortable life.

Dejean builds both his world and his plot from plausible developments in modern technology; developments that are shown to the reader in reasonable detail. As such, the book—especially toward the start—has the more narrative tone common to hard science-fiction and futurist novels. However, unlike many futurist authors, he paints a picture in which technology and its promoters are not the solution waiting for a prejudiced world to stop holding them back; instead, advances are tools in the hands of people who are as decent—or not—as those of any other time.

And the technology is likely to be of great interest to fans of both cyberpunk and future military tales. Just as in the modern day, different solutions to the same issues compete: robots and mechanically supported humans carry out heavy industry, drone swarms and soldiers undertake infiltration and urban combat.

In addition to a dryness of prose that some readers might find distancing, a few of the word choices are unusual; while the meaning remains clear, readers who are sensitive to dialect might find this distracting.

While this focus on the technology and its applications remains at the front throughout, Dejean doesn’t skimp on characterisation. The hatred of automation has—as expected—spilled over into a disdain for those with prostheses, but the strength and nuance of each character’s perspective is different; from those who think upgrades should be only for those who serve the corporations to those who see them as a tool of oppression; from those who hanker to upgrade themselves electively to those who choose life in a wheelchair to mechanical legs.

This diversity of opinion on both technology and its use is woven through the relationships of the characters: the most anti-corporate character is often closely tied to one who sees corporate involvement as the least worst option or objects to a situation but believes strongly in only using legal means of complaint.

While this interconnectivity of characters and commonality of technological advance renders this novel closer to a single story shown through multiple perspectives than several intersecting narratives, there are three broad threads: Jake, a young boy recently transferred into a full-body replacement, struggles to forge a new identity out of his enhanced capabilities and enforced differences; Chloe, a reporter, shifts between criticising the corporations and desiring the upgrades they offer; and Angelo, a former exo-frame worker, is offered a role in a corporate plan to target criminal behaviour with significantly reduced collateral damage.

Each of these characters, and the supporting cast, feels complex and plausible, providing ample evidence that Dejean’s focus on the world and plot is a choice rather than an accident, and creating a sense of personal significance that is likely to engage readers who prefer the tribulations of cyberpunk rebels to harder science-fiction.

Overall, I enjoyed this novel. I recommend it to readers seeking science-fiction that balances logical prognostication with human elements of intrigue and emotion.