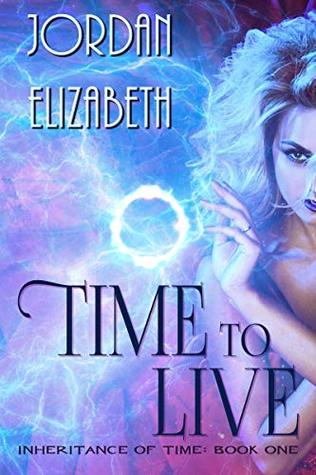 Elizabeth fuses an urban fantasy world free of the usual creatures with key tropes of young adult fiction to create something both fresh and familiar.

Seventeen-year-old Banon Andreeta is a child of Clan Genae. Her parents believe she is merely a rebellious teenager, ignorant of her lineage and the powers it will bring; however, her magic manifested early, both inspiring her to stand up rather than back down and granting her the prowess needed to prevail. But, when a random sexual harasser at the mall turns out to be a member of Clan Julae, her family’s mortal enemies, she finds herself at the heart of an escalating war.

Unlike many universes where magical beings living among humans unnoticed, the fantastical element of this story is two extended families who have access to slight advantages. This combination of a low number of supernaturals and a lack of immediately impossible effects makes the clans’ extended concealment from each other and the population in general more plausible than the more usual grab-bag of vampires, werewolves, demons and mages all racing around crowded cities without raising questions.

While there are explicit displays of supernatural power, Elizabeth enhances the sense of subtlety further by not making explicit exactly what all the powers of the two clans are, leaving the reader to wonder where the line between magic and fortune is.

The central arcs of the book are closer to a usual young adult fantasy: Banon is both special and torn between two potential boyfriends. However, the former does not take the common turns of rejecting destiny or being “graceful yet clutzy”, and the latter is resolved in a way that maintains angst without sustaining the endless churn between options; as such, they are likely to satisfy those readers who enjoy the classic tropes of the genre without seeming tedious to those who prefer innovation.

Although this is stated to be the first volume of a series, it feels more like a stand-alone than some single novels so is unlikely to leave readers feeling that plot arcs are unresolved, let alone that they have been baited into getting half a story.

Banon herself is a good balance of traditional young adult heroine and nuanced character, allowing teen readers to empathise with her struggle against flawed parents without making her seem either too perfect or too naïve. However, her rebellious nature and frequent public displays of prowess are somewhat at odds with the discretion implied by her having successfully concealed her development of powers much earlier than usual; thus, while some readers might not be bothered or find hints of justification in later revelations, others could suffer from a sense of dissonance.

The supporting cast, both clan and normal, are a good mix of the usual tropes and unique features, creating a sense that this is a real world without losing the similarity that drives a tale about conflict between two groups.

Overall, I enjoyed this book. I recommend it to readers seeking young adult urban fantasy with a pervasive romance arc.