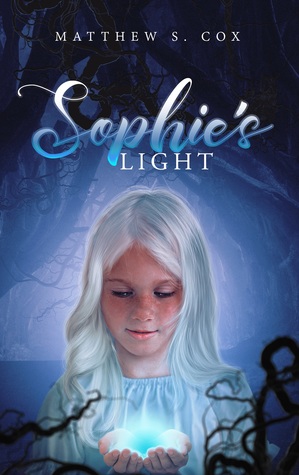 Cox weaves the tropes of ballads and fairy tales with a fine focus on individual character to create a darkly fantastical tale that adapts to its readers’ perceptions and life experience.

For the last two years, Sophie has lived with a troll in the centre of the Forgotten Forest. Forced to clean never piles of crockery, endlessly sweep the floors, cook the troll his stew, and bring him his beer, she lives in constant terror of his wrath; but the goblins and monsters that lurk at the edge of the clearing scare her more, and she vaguely remembers fleeing from worse horrors still before she found sanctuary with the troll. Her only comfort is her Light, a magical stone that spreads a cheerful light and sometimes whispers happy thoughts. When the troll steals her Light she must choose: remain with the troll, or take her treasure back and flee into the darkness.

Cox writes in a style that is simple without being simplistic, and crafts both threats and challenges that echo the experiences and concerns of children, making this book accessible for middle-grade readers who like a scary fairy tale.

However, unlike the monsters and magic of fairy tales, Cox uses symbolism unique to Sophie’s situation. In addition to making events feel uncertain and immediate rather than familiar or distant, this creates a series of clues about the underlying significance and meaning of various scenes. As such, the tale functions on more than one level, offering more mature readers the opportunity to deduce and theorise without reducing accessibility for those seeking a creepy story.

While this use of metaphor makes it hard to discuss the plot without spoiling the effect, the book displays the same deft seeding of details that reveal the truth in hindsight which Cox displays in his adult fiction. Therefore, while readers might not predict the conclusion of Sophie’s quest, they are unlikely to feel cheated by it.

Sophie herself is a well-crafted protagonist, both a solid embodiment of “seven-year-old girl” and a nuanced character in her own right. Both the challenges she faces and her responses to them are those of a child but are internally consistent, allowing those readers too distant from childhood to share her perspective to still sympathise with rather than despair at her choices.

The supporting cast share this balance of recognisable stock character and individual tweaks, allowing them to both embody the vast, incomprehensible force that children can feel looming in the dark while also making each encounter distinct and threaded with a mix of horror and humour.

Overall, I enjoyed this novella immensely. I recommend it to readers of all ages seeking a gripping fantasy quest.