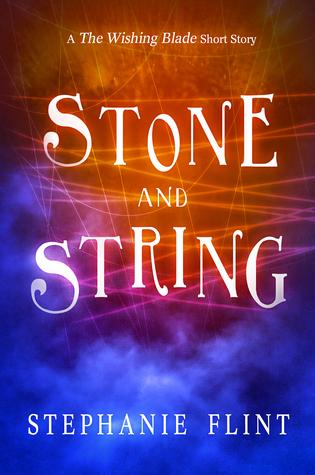 Flint mixes a youthful viewpoint with magic capable of resurrecting the dead to create brief but poignant perspective on the death of a family member.

This short story takes place at the same time as events in Magic’s Stealing , but does not share characters or primary plot arcs with it.

Edyli’s younger sister, Akymi, has yet to undergo the formal first rites to confirm she is a mage; but Edyli already knows her sister has magic. So, when Akymi dies in an accident—an accident her magic should have easily saved her from—Edyli is doubly shocked. Breaking a cardinal rule of her society, Edyli uses magic to resurrect her sister; only to be draw into the afterlife herself. Escaping would compound her sin, but only if she’s caught.

The story is told entirely from Edyli’s viewpoint. While the narration mostly focuses on immediate events, there are occasional moments when narration explains context rather than leaving it to the reader to infer from Edyli’s thoughts and reactions. As a result, some readers might find parts a little dry or distant.

Despite this occasional exposition, large parts of the metaphysics (a key element to understanding the plot) are neither explained fully nor shown in enough detail to allow detailed deductions; readers unfamiliar with Magic’s Stealing might therefore not feel either the challenges Edyli faces or the weight of consequences.

A significant amount of the story is Edyli reacting to circumstance rather than proactively seeking; however, this less proactive tone entirely fits both her youth and her panicked state, distinguishing her from the implausibly competent or serene chosen ones of some young adult novels.

Edyli is a sympathetic protagonist, motivated by a strong but not overblown desire to see her sister again even once and prepared to accept uncertain consequences rather than abandon a chance at progress.

The small supporting cast do not display great depth and complexity; however, given that this is both a personal quest narrative and a short story, readers are likely more to appreciate the lack of distraction than mourn the lack of nuance.

Overall, I found this story pleasant but a touch light. I recommend it to readers seeking a little more time in the universe of The Wishing Blade.