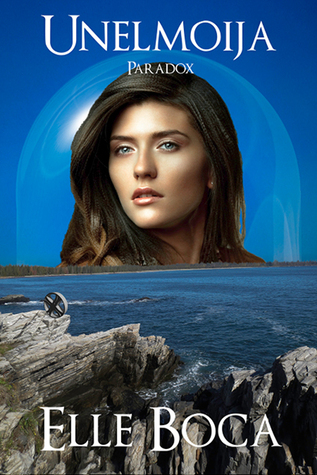 Boca balances the mutability of the past with temporal inertia to create a time-travel story that is neither burdened with the irrevocable nor rendered insipid by the opportunity to redo things until they are right.

This book is the fifth in Boca’s Weeia series. Potential spoilers for previous volumes ahead.

Convinced that Amy’s father, Thomas McKnight, is responsible for the death of his father, Klaus threatens to blow up a nuclear reactor and expose the Weeia unless he is handed over immediately. Still reeling from the death of her mother, Amy attempts to use her timeshifting powers to discover the truth. With both Klaus and McKnight having memories of places and events that never happened, it is clear the past has changed. But what is the true past and will trying to restore it do more damage than good?

As with the previous volume in the series, the narration is full of explanations and short reprises of past events. While this does not create an overwhelming feeling of objective reportage—and might even assist readers who have not read the previous books recently—readers who prefer a more immersive point-of-view might find these ‘speeches to camera’ distancing.

In contrast, the other half of the narration—that of fresh events—is mostly free of these expositions, maintaining a greater sense of tension and subjectivity.

The plot is an engaging take on time travel: building on the idea that the past can be changed but only with risk that she introduced in Timeshifter, Boca provides the reader with character statements and images of history that do not all fully fit together, along with clear signs that both key figures in the inciting incident are suffering symptoms of having been affected by a change in their timeline. This evidence of at least two different pasts both undermines the reader’s usual certainty that if one person is telling the truth another is lying and conceals the original past, making judging the cost of restoring it (or not) more of a gamble.

Unfortunately, these threads do not explain why Klaus waited as long as he did to make his threat rather than attempting something during an earlier encounter with Amy; While readers might be able to guess possible reasons, the absence of explanation in a book where there is a clear explanation of many other matters stands out, creating a slight sense of author-driven rather than character-driven action.

In parallel with these unravelling timelines and the various threats, metaphysical and character-driven, that they pose, Boca also reveals more about Amy’s powers and place in Weeia society. Providing both a plausible explanation of the Unelmoija and a reason Amy’s impact will not continue to grow as she comes to better understand her powers, this is likely to provide readers with a satisfyingly certain conclusion to the series.

Amy is consistent with the previous books. As before, her powers grow beyond her experience, making her challenge more how to access her ability than whether she has the ability. Her compassionate and truthful nature both make her sympathetic and create further obstacles; while Klaus has treated her badly on several occasions and her father continues to act poorly, she rejects the easier courses of foiling Klaus or abandoning her father in favour of trying to uncover the truth and save both of them.

The supporting cast, both Weeia and human, each display a mix of commendable qualities and understandable frailties, providing alternate perspectives to Amy’s that both showcase her virtues and her imperfections.

Overall, I enjoyed this book. I recommend it to readers who enjoyed the previous volumes in the series.