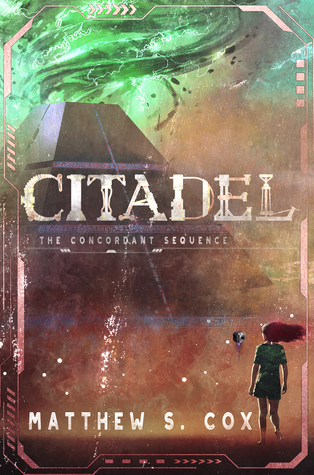 Cox creates a tale as much by what he does not say as by what he does, creating a young adult post-apocalyptic adventure that offers more than enough complexity to engage more mature readers as well.

For eleven-year-old Kiera Quinn, life is an endless chain of school days so indistinguishable she could swear she’s lived them before, and evenings playing computer games; if she’s lucky her parents might be home for longer than a brief hello. However, when she is suddenly awoken from an average night’s sleep to find herself being flushed from a life-support pod into a post-apocalyptic wasteland, she realises everything seemed a little bland and repetitive because it was only a simulation. Cast into a new world, all she wants is a home; but some inhabitants see her as a force for change, and not all of them want to give up the life they have.

Cox delivers another skilled balance of character-driven action and world-building: specific nuances of this apocalypse and this wasteland are smoothly delivered before the reader has formed a definite opinion on how the world works, allowing the reader to focus on Kiera’s immediate and ongoing challenges; but the hints are also glimpses of a coherent whole coloured by the flawed perceptions and goals of various characters, granting those readers who enjoy speculation to guess at the wider world.

Cox’s balance of clear peril and accessibility is similarly skilled: those risks appropriate for less mature readers, such as falling, getting shot, and running out of food, are stated clearly in the narration, whereas other risks of a post-apocalyptic world that are less suitable for younger minds, such as enslavement, inspire less detailed narration; this absence of confirmation that certain dangers don’t exist allows readers who are aware of the more horrific things that might happen to a lone girl captured by bandits to feel the risk without making the book too graphic for some readers.

As with other books, Cox sprinkles subtle allusions and humorous references to both modern culture and the tropes of the genre. This both provides readers with the frisson of spotting an Easter egg and creates a contrast with the dangers of the world that enhances both.

Kiera is a well-crafted protagonist, whose voice is plausibly pre-teen yet not simplified. Having been ejected from what she experienced as a comfortable modern life into a hostile wasteland, she is both uncomfortable in and ill-equipped for the world; however, she is not self-absorbed, making her dislike of ickiness and craving for comforts seem sympathetic rather than whiny. Similarly, she accepts that her past life was a simulation quite quickly but remains emotionally connected to it, maintaining a line between constant disbelief in her senses and blasé abandonment of everything in her past.

The supporting cast are equally well-assembled from expected tropes and subtle individuality, meaning even avid readers (or players) of post-apocalyptic tales are likely to find them fresh examples of tribespersons, raiders, and fallout vault dwellers.

Overall, I enjoyed this greatly. I recommend it to readers seeking post-apocalyptic adventure with depth that is tense while still suitable for all audiences