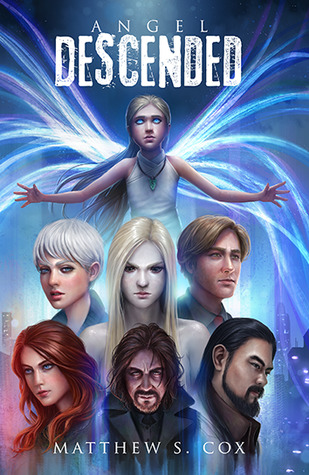 Cox seamlessly fuses nuanced cyberpunk with magic-in-all-but-name to produce a novel that is both a character-driven thriller and a dramatic spectacular.

This novel concludes Cox’s The Awakened series. Risk of spoilers ahead.

Despite his failure to recruit all the Awakened to his cause, Archon is close to achieving his dream of an off-world colony for all psionics. However, both governments and those Awakened who have rejected his offer are hard on his heels; and even those who are beside him wonder whether his goal justifies the extremism of his methods. Forced to rush his schemes, Archon unwittingly provides opportunity to an ancient evil much more cruel than himself.

Unsurprisingly for the sixth in a series, this novel is unlikely to be accessible to readers unfamiliar with the previous ones.

After five volumes focusing mostly on individual Awakened, Cox brings the arcs of all seven together for an explosive finale. While this is of suitable scale and complexity for a series about people with almost inconceivable psychic powers set in a world with technology well beyond our own, Cox’s care to have real challenges in the previous books but not to escalate unnecessarily pays off: this arc retains the gritty individualism of cyberpunk rather than becoming merely an epic explosionathon that spans continents.

As with Cox’s other books, the action is balanced with deeper questions: how much charity does one owe to those who want to harm you? If certain advantages, such as being smarter or stronger, are acceptable, then why aren’t others? If you are protecting people from a genuine threat, when is it moral to trick or force them into helping you?

However, while pervasive, these threads of charity vs. self-interest vs. force do not tie up the story: this novel is filled with as many fast-paced fights, chases, heists, and last-minute reversals as the most style-over-substance techno-thriller.

The characterisation remains as nuanced and engaging as the plot and world. Despite the gains in understanding and power reached in previous volumes, each of the Awakened still faces as many obstacles from their ability and position as they receive advantages. Each step toward a better life is something that must be protected. The closer the friendship, the more it distracts from wider acts of decency. Even Archon’s ability to bind others to his cause weakens the chance that people will see his fight against the oppression of psionics as altruistic.

The supporting cast are similarly complex, and—although not the focus of the stories—possessed of strong agency, further enhancing the sense that this is a world of humans of varying abilities and personalities each seeking their own goals, rather than powerful beings fighting a war at a level above the common herd.

Cox closes with a series of short epilogues on the survivors. As befits the grittiness of his world, these are not happily-ever-afters, but they do provide a satisfying end to various arcs.

Overall, I enjoyed this novel greatly. I recommend it to readers who enjoyed the previous volumes.

I received a free copy from the publishers with a request for a fair review.