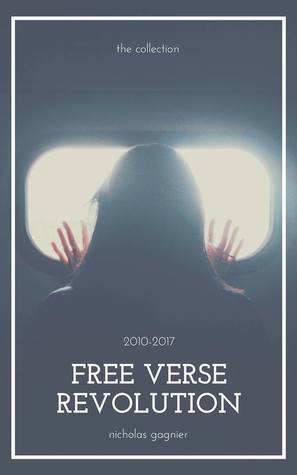 Driven by a mix of fear his life will have so little impact that his obituary will contain unnoticed spelling errors and a converse irony about the irrelevance of celebrity, Gagnier gathers poems that both showcase the arc of his life and gently mock the project as a naïve attempt to encapsulate something both complex and incomplete.

This collection contains 176 of Gagnier’s previously published poems on a variety of subjects, along with nine previously unpublished works (two in collaboration with Kindra M Austin and Kristiana Reed) addressed to the poet’s daughter Skylar.

As might be expected from the title, none of these poems obeys a meter; in fact, Gagnier even rejects the technical constraints of free verse in some, instead relying on occasional rhyme in addition to rhythm.

This midpoint between structure and liberty continues in the organisation of the poems; the book is divided into nine parts (one containing the original works) but Gagnier neither sorts the poems according to a clear schema of subject or tone, nor provides any insight into his reasoning. Thus, each reader is left with a choice whether or not to seek meaning in the groupings.

What is clearer is an overall spread of perspectives between the “angsty twenty-something parent” and the more conflicted man he had become over a decade later.

My hair might be higher than me,
trying to recapture the
body buzz
of younger days

This conflict, both internal and external, between taking a stand against the ills of the world and accepting the world is too complex to be solved by simple binaries or passionate stances.

I wrote letters to both Hell and our
God. Satan wrote back
immediately.
Heaven had no response.

This dichotomy between youth and age, between overwhelming self-belief and almost-weary self-doubt, also runs through Gagnier’s portrayal of his poetry and poets in general. On the one hand, poets are “post-prosaic perfectionists”, smug in their belief that finding rhymes for orange is meaningful and blind to how little their words achieve; on the other, their work is a mature response, both effective in communicating and more productive than meeting the world’s problems with strife.

I turned off
the cruelty and
picked up a
pen,

—Alone on the Internet

However, this collection is not all naïve rage and mature cynicism, condemning each other yet united in dreariness; there is an underlying love of language and acceptance of humanity’s foibles that elevates even those most forthright of insights from polemic to entertainment.

The collection-within-a-collection of new works is both distinct from the rest of the poems and an exemplar of their themes. Gagnier turns his skill with language toward a vision of fatherly love, lacking any hint of the blame that he directed toward others in previous works for their part in his troubles or the worlds. But he also burns with the conflicts and uncertainties portrayed in those other works: he strives to share the lessons he has learnt, but accepts his daughter is not really listening; he speaks of adulthood, relationships, and parenting as imperfect beings performing acts for which they are not fully equipped, yet acknowledges that his daughter deserves that perfection; and he paints a world where the point isn’t whether there is conflict and complexity, but whether one allows it to bring one down, seeks to profit from it, or accepts the other as equally worth consideration.

—Ten Things My Daughter Should Know

While this collection is too large to reduce to a single message, it is perhaps ultimately the story of a poet who’s “got sand in the shoes/ of [his]/ smile” but is still smiling despite all that’s happened.

And that breadth and length might be both the collections greatest virtue and its greatest vice: there is plenty that will speak to readers of any perspective; but, equally, enough that will likely seem echo of a message already judged trite or false.

I enjoyed this collection, and will definitely return to it—although, spread over a longer period than approached for this review. I recommend it to readers seeking poetry that cares more about capturing fragments of life and the pleasure of language than whether it is tidy, epic, inspiring, or for the ages.

One thought on “Free Verse Revolution: The Collection (2010-2017) by Nicholas Gagnier”