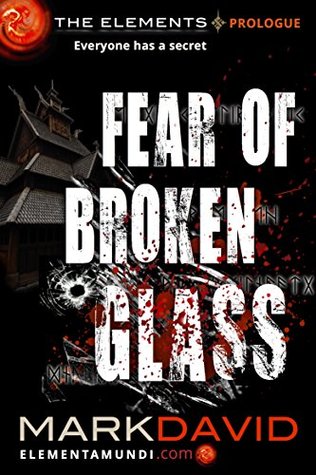 Merging ancient pagan magic with gritty realism, David creates a novel that lies in the liminal zone between occult thriller and bleak mystery.

This book is a prologue to The Elements series. When the body of Thomas Denisen, an art dealer, is found dead in Tiveden National Park, Sweden, the case is assigned to Hasse Almquist. The mutilations of the body echo pagan rituals carried out at the site centuries earlier. However, they also suggest links to a series of unsolved murders that has obsessed Almquist for over a decade. With the opportunity to both find closure and improve his tarnished reputation, he decides to isolate Denisen’s companions in the farmhouse they have rented until he can tease out the truth. However, with each conversation only raising more questions about both Denisen and the lost masterpiece discovered in the boot of his car, Almquist finds the truth slipping further and further away.

David describes this novel as a combination of Dan Brown conspiracy thriller and Scandinavian noir mystery. With a plot that weaves runic inscriptions and pagan ritual with a man’s struggle to overcome the errors of his past, this is not an inappropriate comparison.

Indeed, readers who find the freakishly tall albino assassins of Brown’s conspiracies a little unfeasible might find David’s grittier and more introspective trappings render ancient conspiracy more plausible; whereas those who find Larsen’s portrayal of the banality of evil a little too bleak might find the contrasting thread of mysticism elevates the tale beyond the depressing.

While it is hard to discuss a plot that bases itself so strongly around both unsolved murders and ancient mysticism without spoiling the experience, there are no overt magical successes or failures; as such, readers seeking a clear answer on whether or not there is supernatural power as well as human venality behind events might be disappointed. However, the answers David does provide both provide a sense of closure to the novel’s arc and a sense of greater mysteries lurking beyond this introduction to the world.

Taking the pacing from Swedish noir and the layering from conspiracy theories, this novel unfolds slowly rather than rushing from event to event. yet in no way lacks a sense of tension. Whether this density is a feature or a flaw will depend upon a reader’s tastes; however, this is not a book that lends itself to being set aside then resumed some period later.

Almquist is a character as layered and obfuscated as the plot. Shaped by both the horrific experience that motivated him to become a detective and the past that has tarnished his reputation, matters that are only glimpsed in half-thoughts and conversational asides, he provides a sympathetic but deeply flawed protagonist.

David uses this same technique of hinted past to provide a sense that the odd behaviour of other characters would seem reasonable were the reader to know more; as such they are a pleasing mix of plausible motivation and unexpected choice.

As befits a thriller based around intersecting stories and hidden motives bursting free when people are trapped together, other characters equally bear the mantle of protagonist. However, while this does provide some dramatic irony, each narrator is unreliable, often providing more questions than answers.

Overall, I enjoyed this book greatly. I recommend it to readers seeking a conspiracy tale that focuses on the experience of teasing truths from lies and misapprehensions, rather than the race to stay one step ahead.

2 thoughts on “Fear Of Broken Glass by Mark David”