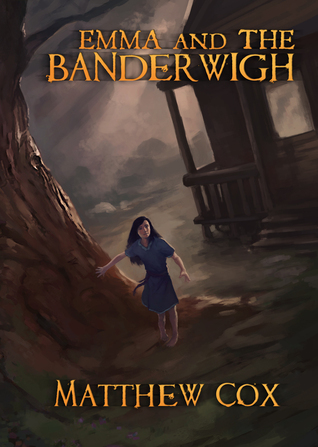 Weaving fast-paced fairytale action with more mundane challenges, Cox creates a story that is as accessible as a great bedtime story underpinned with the depth of a fantasy novel.

Emma has lived on the edge of the Widowswood her entire life. A sensible child, she devotes herself to her chores and treats the stories that her grandmother tells at bedtime as fancy. And when a girl staggers from the forest years after she disappeared, her empty expression matching the tales of a monster that feeds on the fear and sorrow of children, Emma shares her father’s belief the girl escaped from bandits who’d been holding her prisoner. But then someone, or something, comes for Emma and her brother.

Utilising the grasp of pacing and language that marks his more adult work, but selecting a less convoluted plot and vocabulary, Cox creates an entirely plausible voyage into fairytale that is accessible to younger readers without losing the depth that more mature readers might expect of a fantasy novel.

Rather than leap straight into the fantastical, Cox opens with mundane issues: arguments over clothing, handling a boisterous younger brother, the complexity of bullying, and other challenges that will be immediately recognisable to anyone who is at least ten. Threaded alongside this, Emma’s parents and neighbours provide glimpses of mundane adult concerns such as banditry and alcoholism. This grounding in the real makes the magical – when it does start to seep in – seem more frightening by comparison.

And provides a plausible reason to explain why a ten-year-old might end up trying to fight an ancient evil rather than involve adults: if some adults don’t believe, and many give the appearance of not believing, in the supernatural then Emma’s failure to press repeatedly for their aid feels – if not sensible – reasonable.

As with Cox’s other works, the characters are as strong as the plot. Emma is a complex mix of sensible and responsible with still-actually-a-child. This gives her a can-do attitude and a certain level of competence without making her a clichéd plucky hero or having her suddenly fold when the plot needs it.

The supporting cast are equally complex. Adults have flaws but are not defined solely by them, and other children present contradictions equal to the protagonist of many adult novels.

While the protagonist is ten, Cox creates more than one genuinely scary threat so some discretion might be advised for younger readers.