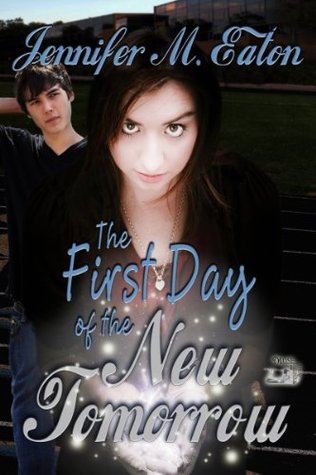 Combining a tale of unlimited power that does not lack challenge with teen self-doubt that does not irritate, Eaton creates a story that will strongly resonate with fans of YA fantasy without sacrificing broader interest.

Like most teenagers, Maya dreams of being better looking, cooler, smarter, and more popular. And of dating a star athlete. Dreams that seem destined to remain that way, until she is told that she is destined to inherent immense power over reality itself. At first having everything she wishes seems bliss; but even omnipotence turns out to have a price.

Many roleplayers would list unlimited wishes as the thing that is mostly likely to break a game in under a session. However, Eaton handles the power considerably more skillfully; perhaps because her chosen wielder is a rounded person with a normal life, rather than a fantasy hero. This results in two strong constraints: imagination and morality.

While Maya can – apart from a very specific limitation – cause anything she can imagine to happen, her imagination is, as with almost any but the youngest of children, constrained by years of facing the real world. For example, she is so used to bus drivers not stopping if she’s late to her pickup point that – rather than simply wish to be at school – she runs to her stop in case she can get there in time, then wishes for the driver to stop when she isn’t.

Paralleling this unconscious barrier to actually doing “anything” is the knock-on effect of wishes. Shortly after accepting that her powers are more than coincidence, something tragic happens that might be a result of one of Maya’s wishes. The guilt of possibly being the cause, coming as it does before Maya has become used to her powers, significantly curtails both her experimentation and her frivolousness.

In addition to a skilful handling of unlimited power, Eaton provides a fresh and plausible perspective on one of the key tropes of young adult fiction: the desperately desired yet unattainable other. Maya has had a crush on Eric for years without believing she has a hope; as with many teen romances, when he finally displays an interest she is filled fresh doubts; however, unlike many teen romances, a girl who can wish for whatever she wants has good reason to fixate on whether he really likes her.

Although this book focuses on the emotional impact of wishes, it is not utterly without the more apocalyptic threats that characterise paranormal coming-of-age stories. Once Maya has truly started to feel the burden of her powers, Eaton moves beyond normal teenage angst into that which comes from possible great destiny.

Maya is a sympathetic, and – more importantly – average teenage protagonist, so it likely to attract immediate support from many readers and less irritation than usual from those readers who find heroines who are unaware of their own exceptional qualities a little tiring or implausible.

Making allowances for the appropriately self-absorbed viewpoint of the narrator, the supporting cast are similarly ordinary people with a realistic set of qualities rather than stereotypes.

Where the book is perhaps less suited to some audiences is in the central dilemma that Maya faces once she realises her powers are real: while her choices and worries are entirely consistent with her psychology, the eventual solution might seem less unexpected to readers with the benefit of experience and slight distance from events.

Overall, I found this book a pleasant distraction, but do not consider myself it’s target audience. I recommend it to readers seeking a classic YA paranormal storyline with a fresh take on the key magical heritage.