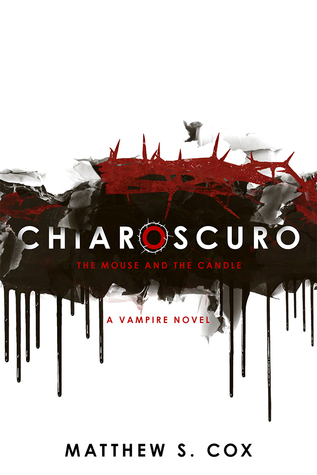 Cox combines an action-packed tale of vampiric unlife with an interesting twist on the trope of being a predator to one’s own species. Packed with both interesting world-building and complex characters, this novel contains much that will appeal to both classic-vampire fans and paranormal-romance fans.

Father Antonio Molari has spent his vocation as part of a secret Vatican order dedicated to investigating supernatural events. Returning from a mission in the French countryside, he is approached by two priests who claim to have captured a vampire. However, the creature in question turns out to be a little girl; sweet, moral, and untroubled by the trappings of faith; rather than the thirst-racked monster he expects. And his uncertainty only increases when she saves him from death at the cost of making him a vampire. Considered a lost soul by the Church and still an enemy by the darkness he used to hunt, he is left with only his faith to sustain him; faith in a God who seems silent.

Vampire novels tend to divide into two categories: vampires as the damned, or some other evil; and vampires as humans with extra abilities and some variety of need for blood. Each of these categories has a corresponding morality: either the binary of good humans vs evil monsters, or the misunderstood hero finding a life that accepts his differences. Cox skilfully blends parts of both, to create a world where vampires are subject to the moral absolutism of Abrahamic monotheism and the personal struggle of secular individualism: vampires who bear a burden equivalent to a second original sin, but who can stave it off through the very faith that most troubles them.

Opening in Eighteenth Century rural France, and continuing to the present day, Cox’s narrative explores what it might mean to struggle with an absolute moral question while the people upon whom you rely for support are lost to you, friends fall to possible evil, and the rigid morality upon which you based the part of your life you considered most righteous is replaced with a society both more forgiving and more self-interested.

However, this is not a novel weighted down by messages and philosophy. Cox keeps his focus firmly on the events and struggles of Father Molari’s unlife, from discovering what his new existence is to fighting both vampires and Church for the right to exist without killing.

This thread of story permitting philosophy to reveal itself is also evident in Cox’s choice of protagonist. Rather than the modern redemption arc of a vampire saved from evil by romantic love, this is a tale of a celibate man holding back the shadows through concern for the welfare of a child. While this grants the same bastion of positive emotion against negative, both the challenges and tone of a love free of self-interest and romance make this a noticeably different arc.

Molari is a well-crafted character. Beginning the story as a compassionate warrior against darkness, his discovery that things are not as simple as he thought shakes – but does not shatter – his world-view without requiring an implausible shift in morality. This combination of absolutist morality and deep love of humanity provides both an ongoing conflict and a source of strength.

The supporting cast are equally skilfully crafted. Characters who knew Molari before his transformation seek to help or oppose him depending on nuances of character. Characters he meets following his undeath each react according to a personal combination of specific interaction and general morality. And vampires who have given into the darkness are the creepiest human predators a horror aficionado could wish for.

This was the best vampire novel I’ve read this year. I recommend it to readers seeking either a fresh, nuanced perspective on what it might mean to become a predator to one’s own species, or an exciting narrative about vampires.