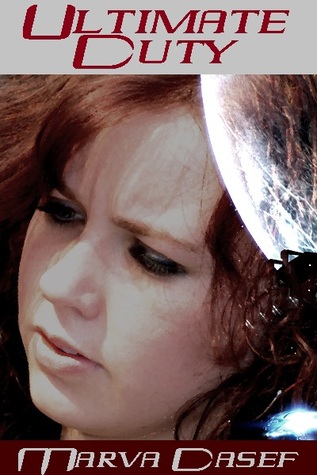 Combining an interesting set of social and scientific advances with engaging characters, Dasef creates a spy thriller set against an intriguing galactic empire.

Nearly everyone on Arcadia works in either the ore mines, or the ore processing plant. But Remy Belieux wants more than a life of industrial labour in exchange for the guarantee of a job for life. Not wanting the equal tedium of crewing a merchant craft or rising through corporate bureaucracy, she joins the Space Service; the military arm of the galactic government. Skilled in martial arts, her first posting is the covert escort of a rebel leader; a man who claims he merely wants to reform the same system that makes Remy’s parents de facto slaves; and who wants her to join him.

The book opens with a series of short vignettes of Remy’s life from finishing education to graduating from Space Service Academy. These are both interesting in and of themselves, and provide some insight into Remy’s actions once she encounters the rebels; however, they also condense approximately four years into three snapshots which might appear jerky to some readers. Once the timeline reaches Remy’s first official posting, the plot rockets forward without gaps, making it well worth continuing past any sense of disjointedness a reader might feel.

Dasef has crafted an interesting world, with humanity expanding from Earth in several waves followed by a later near-unification under a corporation-become-government. While much of it is presented to the reader as direct exposition rather than being left to inference, Dasef’s choice of a protagonist who both studies avidly and comes from an information-starved planet lends plausibility to the explanation and repeating of facts.

In parallel with the more objective descriptions of improvements in technology and use of gene-therapy in colonisation, Dasef provides a series of conflicting perspectives, and “necessary” omissions and lies, both from the various factions and from each character. With some of each supported by events, and others making sense in context, this creates a web of half-truths and paranoia that are likely to make some of the reveals a surprise even to sharp readers.

Despite the author’s note at the start, this novel is not packed with sex and violence. Apart from an (off-page) interrogation and rape and a scene stemming from a misunderstanding of a society’s sexual practices, there is nothing that would seem excessive in any thriller. And, what sexual and violent content there is forms a coherent and plausible part of the plot.

Remy is well-crafted. Smart, but educated within a system designed to prepare future workers, she is socially and politically innocent – yet not naïve or over-trusting. This makes her both a sympathetic character, and a useful vessel for the reader’s shifting understanding of the world.

The supporting cast are equally more than stereotypes: the charismatic rebel leader is not a natural spy, succeeding not through being free of real weaknesses but by trying to account for them; Remy’s best friend in the Service stands with her against her detractors, yet is potentially more loyal to his planet and career than her.

With both sides in the rebellion having sympathisers, covert agents, and moles, several characters turn out to not be what they seemed. Although at least one of them is surprising, none of them are implausible, giving the reader a sense of paranoia rather than whiplash.

Overall, I enjoyed this novel. I recommend it to readers seeking a fast-paced science-fiction thriller.